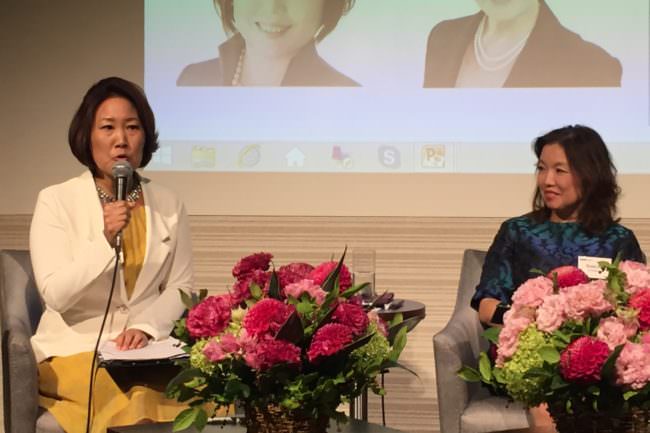 Successful women serving as female role models are the most effective way to create a more diverse workplace in Japan, said Marc Burrage, managing director of Hays Japan, at the specialist recruitment firm’s recent presentation of its latest Gender Diversity Report in Tokyo. This marks a crucial difference to global trends that strongly focus on flexible working practices.

Japanese organizations are not necessarily known as the world’s forerunners in the adoption of diversity practices. Yet, the country faces a looming worker shortage threatened by its inevitably aging and decreasing population. Ramping up participation of women in the workforce is increasingly seen as vital throughout the nation’s boardrooms.

The topic has reached politics, too. As part of his Abenomics initiative, Prime Minister Shinzo Abe champions “equal pay for equal work.” He tackles the gap between regular and non-regular workers, as the latter already make up 40 percent of the country’s workforce. They often earn only half as much as their regular counterparts. And with 70 percent of them female, the dire picture is that Japan’s gender pay gap is by far the highest among the OECD countries surveyed. 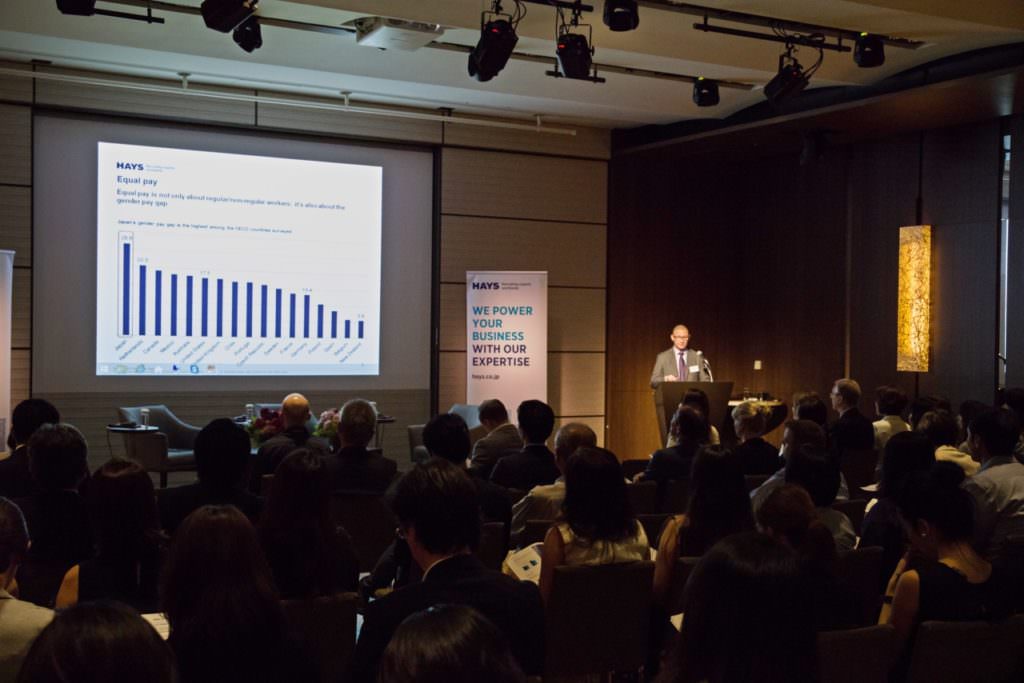 But initiative doesn’t need to be left to politics alone. In fact, the private sector has a powerful lever. As Hays’ survey shows, establishing and promoting successful female role models can make a tremendous difference – and the numbers are truly stunning.

On equal pay, the report indicates that Japanese women feel far more fairly compensated if their line manager is female. While only 45 percent of respondents feel that pay is equal regardless of gender if their manager is male, this number snowballs to a towering 73 percent for women managed by women.

On top of that, women believe that they have more equal career opportunities if they report to a woman manager. From the outset, only 47 percent of female employees surveyed felt that they have the same chances in climbing the career ladder as men. But when managed by a fellow female, this number sharply increases to a remarkable 77 percent.

Companies, too, seem to have put diversity policies in place: when asked if their organization has done so, Japan’s respondents hold a 7-point lead over the global average of 28 percent.

Conducted between November 2015 and January 2016 in 25 countries, Hays gathered feedback of 11,500 respondents, including 430 from Japan. Download the report.

But according to the survey, Japan has a different focus on gender diversity policies compared to other countries. While globally the top two issues are flexible work practices and organizational education effecting workplace culture, in Japan flexible working practices come behind highlighting female role models.

And the effect for organizations who actually put these policies in place is nothing but spectacular. Respondents in Japan who work for a company with a gender diversity policy are more likely to think positively about all areas surveyed, for example: – Is pay equal? 48 percent vs. 15 percent of those in organizations without. – Are career opportunities equal? 42 percent vs. 18 percent. – Do you aspire to reach a leadership role? 55 percent vs. 23 percent.

The message is clear: If companies implement and communicate gender diversity policies while fostering female role models, they are certain to have a positive impact.

Most international companies already can draw on a set of experience in handling diversity in their organization, said panelist Kumi Ito, chief marketing officer at GE Healthcare Japan. Japanese companies on the other hand are traditionally used to a much more homogenous workforce, so making diversity a reality presents them with a more formidable challenge. 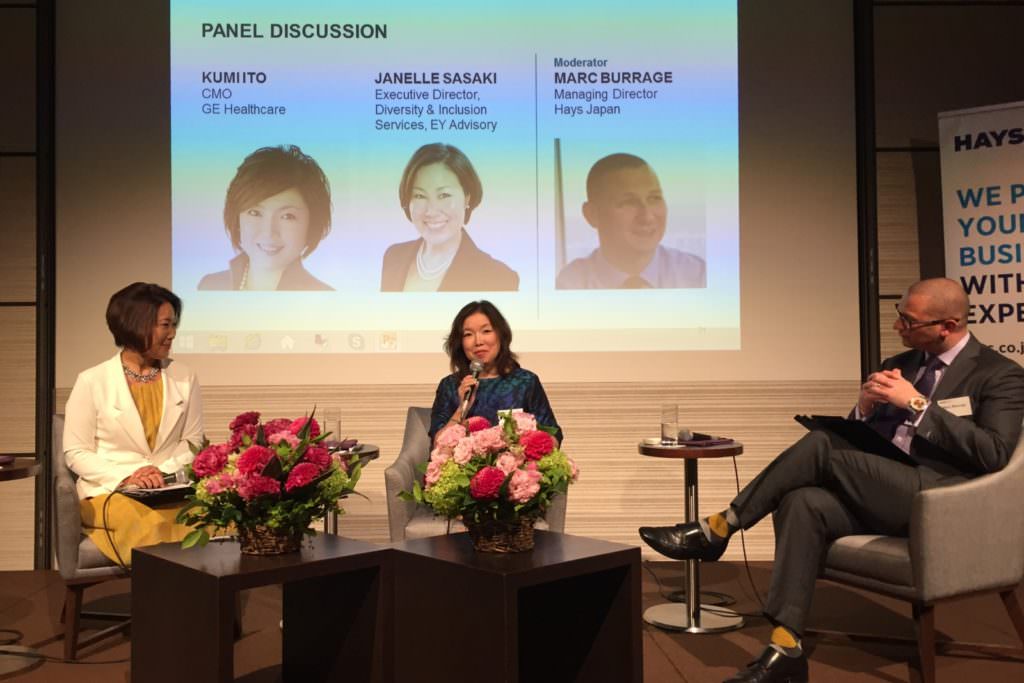 Yet according to panelist Janelle Sasaki, executive director for diversity & inclusion services at EY Advisory in Japan, there are a few proven strategies to fall back to. They include starting out well-prepared and engaging all parts of the organization to get executive commitment; excellent execution by setting a roll-out plan, defining milestones and meticulously planning actions and communications; and defining proper metrics in productivity and cost savings.

Sasaki also recommended to create cross-functional teams of male and female volunteers from business units to be ambassadors. By having them discuss during regular meetings what diversity and inclusion is and how it can look like in “real life,” she said that in her experience these ambassadors can have a tremendous impact on driving awareness and adoption throughout the organization.