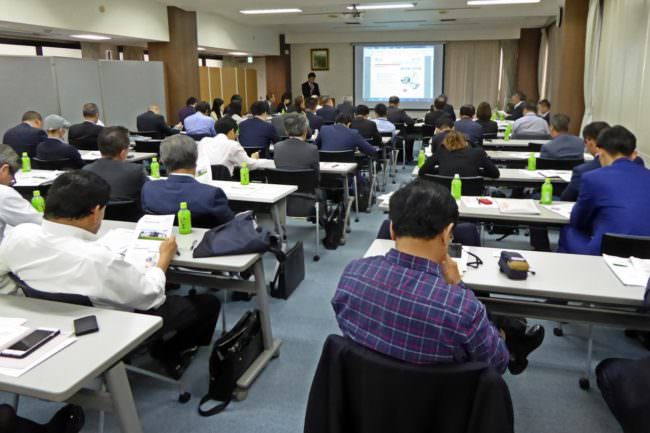 To make a point, most people are not aware what the rubber industry means for their daily lives. Namely, that they can’t live without it.

The material, for example, drives personal mobility. Tires use up about 70 percent of global rubber production and car engines and other car parts another substantial amount. No rubber, no cars. Also no bicycles, airplanes or helicopters, for that matter.

Chewing gum is another item most people are familiar with, as are all sorts of cables that make our electronics work, or sealing that keep our homes warm and the water safely inside of washing machines. The list is virtually endless.

China is the world’s top rubber consumer, using more than 11.1 million tons in 2014. Japan is renowned for its for high quality materials and products and innovative capabilities. With almost 1.7 million tons, it is also the third largest rubber consumer in the world.

Considering that the economies of both countries are deeply interwoven – China is Japan’s most important export destination, and Japan the third largest for China – we take note when top industry representatives of those two countries meet to strengthen their ties.

The recent China-Japan Rubber Industry Forum in Tokyo marked such an occasion. Around 40 business people and association representatives from both countries joined the event and listened to keynote speeches by Fan Rende, the Honorary Chairman of the China Rubber Industry Association (CRIA), and Mamoru Matsutani, Executive Director of the Japan Rubber Manufacturers Association (JRMA).

Trends in the Japanese Rubber Market

Japanese total rubber production stood at 1.32 million tons in 2015 and is expected to increase slightly this year, said JRMA’s Matsutani at the forum.

Automotive tires are the end use of around 80 percent of domestic production. Of the rubber not used for tires, around 88 percent goes into products for industrial use such as conveyor belts or rubber hoses.

Japan overall still exports more rubber goods than it imports, but the gap is closing. Exports peaked in 2007 at around 1.05 trillion yen and since followed a slightly downward trend to 977 billion yen in 2015.

Back in 2010, Japan imported rubber goods from China to the tune of 84 billion yen, which was only slightly more than the 75 billion yen it exported. Since then, exports have trended downward, decreasing to 65 billion yen in 2015.

Imports on the other hand have risen substantially to 141 billion yen in 2015. They now make up 2.2 times the export volume. Especially notable are tire imports, tripling from 8.6 billion yen to 26.7 billion yen.

China’s rubber industry has made great strides already, said CRIA’s Fan, but explained that development in the next 10-20 years will be extremely important to close the gap with the U.S., Japan and Germany.

He said that in future, his industry has to increase productivity, increase the use of alternative energy and strive for digitization and smart production themes. To this end, it must adopt next-generation standards.

The Chinese government has recently launched its “Made in China 2025” initiative, a ten-year program to develop its industries through the use of the industrial Internet of Things (IoT).

In line with this initiative, China’s rubber industry is pursuing its own China Rubber Industry 2025 plan to make the country a major rubber manufacturing and technology power.

Japanese companies are interested in either importing from China to Japan or purchasing for their production sites in China, said President Shinichi Kato of Shinichi Kato Office Co. Ltd. at the Rubber Industry Forum.

With regard to tire raw materials, he sees that demand exists for carbon black and silica, rubber chemicals such as CBS, TMTD, MBT, 6PPD, RD and TBBS, as well as the synthetic rubbers E-SBR, BR or IIR.

As for materials for car parts, Japanese companies are interested in rubber compounds, TPE and TPO elastomers, and rubber chemicals and carbon black.

On products, Kato pointed out demand for industrial rubber goods, seals, and low-pressure hoses and rubber sheets. He said that oil seals and high-pressure hoses can be difficult due to demanding requirements by Japanese car manufacturers.

While carbon black and rubber materials are imported in substantial quantities by tire makers, Japanese customers buy around 50 percent of business volume with Chinese suppliers for production at Japanese subsidiaries in China.

The forum took place at the JRMA’s premises in Tokyo on June 6, 2016. The organizers were Posty Corporation, the publisher of Japan Rubber Weekly, and Shinichi Kato Office, a trading and consulting company connecting international and Japanese rubber companies.

A lively question and answer session between the participants on business opportunities and challenges rounded up the event. The Chinese delegation of around 20 business people and association representatives matched about 20 participants from Japan including employees from Mitsui, NOK, or Bando, to just name a few.

The CRIA is the Chinese rubber industry association. Established in 1985, it has over 1,200 member units. The industrial organization is trans-regional, trans-department and trans-ownership. Its competent business authority is the State-owned Assets Supervision and Administration Commission of the State Council.

The JRMA is the Japanese rubber manufacturers industry association. Established in 1950, it has 121 member companies, of which 107 rubber products manufacturers are regular members. Its current president is Tadanobu Nagumo, Chairman and Representative Director of The Yokohama Rubber Co. Ltd.