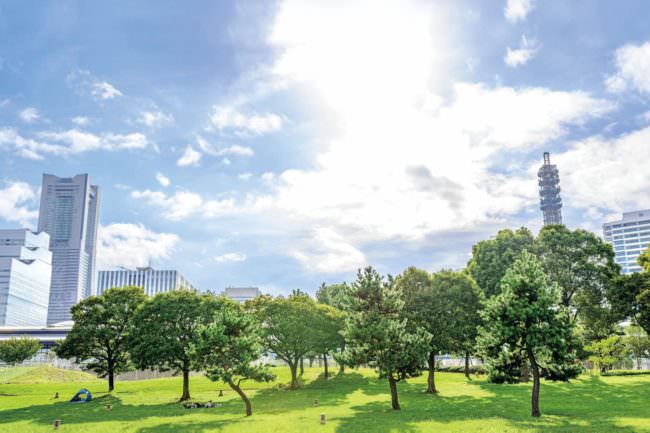 by TÜV Rheinland Japan on May. 24, 2016 in Regulatory Environment 2 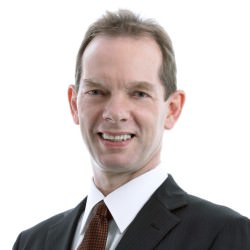 Protecting the environment, conserving energy and reducing carbon emissions are global challenges. In Japan too, various sectors, including the government, are aggressively addressing these difficult issues.

The Japanese government has recently introduced a variety of measures to reduce energy consumption at home, in order to promote energy conservation by the household sector.

Among these measures are the introduction and development of Smart House and Home Energy Management System (HEMS) technologies, which have recently been making rapid progress.

It is expected that HEMS devices will come into wide use and that their market will expand greatly, if the necessary communication technologies and an evaluation system for these technologies are established in an appropriate time frame.

Following our previous article on the deregulation of electricity in Japan, I will discuss specific energy-conservation technologies and the measures taken and planned by the Japanese government.

On April 15, 2016, the Agency for Natural Resources and Energy released a report on Japan’s energy supply and demand situation for fiscal 2014. Efforts have been made to promote energy conservation after the shutdown of all the nuclear power plants in Japan in 2011.

The report revealed that overall energy consumption in Japan had decreased continuously since the Great East Japan Earthquake in 2011.

Breaking the data down by sector, industry used 63 percent of the total energy consumed, transportation took 23 percent, and households consumed 14 percent. The final energy consumption decreases from 2013 to 2014 for each sector were 3.0 percent, 3.4 percent and 3.8 percent, respectively, on a year-on-year basis.

Chart: Prepared from information on the Agency for Natural Resources and Energy website

Thanks to the energy conservation efforts of the business and private sectors and various measures taken by the government to encourage energy transitions, 2014’s carbon emissions decreased by 3.7 percent. This marked the first decrease from the previous years after continuous increases since 2011.

In July 2015, the Ministry of Economy, Trade and Industry (METI) established the “Subcommittee on the Long-term Energy Supply & Demand Outlook – To Deliberate the Energy Mix for Japan” with a view to transform Japan’s energy mix by 2030. It is expected that the establishment of the Subcommittee will promote energy conservation and better energy management by the household sector.

Smart House technology is one means of conserving energy that can contribute to household sector savings. 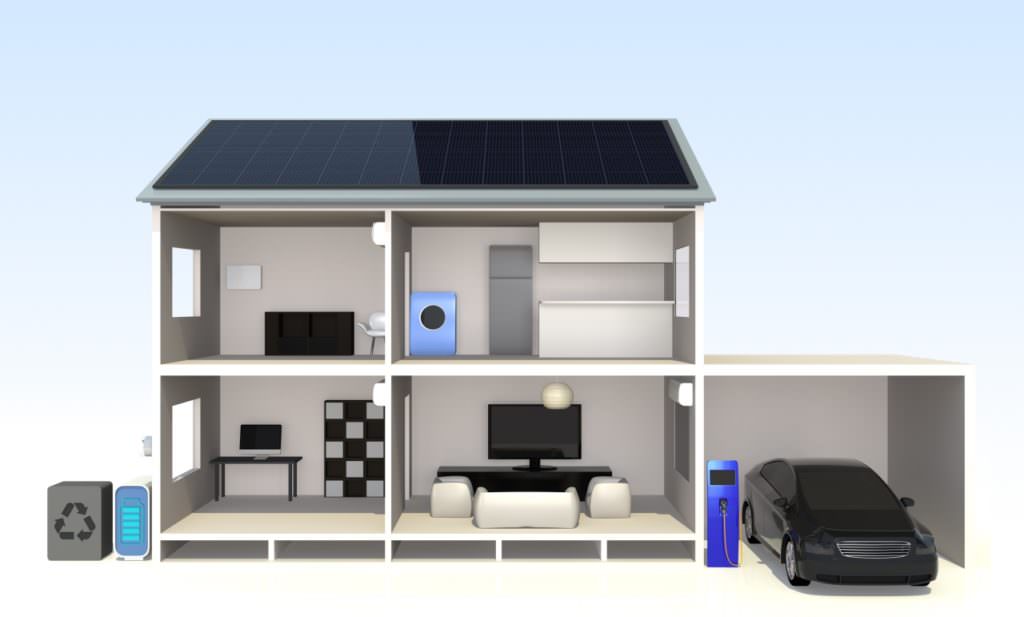 A Smart House is a residence where energy consumption is optimized by the application of information technology (IT). A more specific form of such a dwelling is one that has energy-generating equipment, including a PV power generating system and storage batteries, with electrical appliances, lights and systems such as heating and air conditioning capable of communicating with one-another.

Such a home can be controlled efficiently through an energy management system, with one of the goals being to achieve reductions in carbon emissions.

This project subsidizes the installation of HEMS (Home Energy Management Systems). This kind of system allows you to view your in-house energy use on a computer or hand-held device using public standard communication interfaces. You use this information to support your energy conservation efforts and make peak cuts to reduce peak demand.

The installation of HEMS makes it possible to “view” the consumption of electricity and gas as visible information and control HEMS-compatible home appliances automatically. Because it avoids wasting energy and reduces energy costs, HEMS is an essential part of Smart House technology. Smart meters, air conditioners, water heaters, lighting devices and other devices are connected to HEMS.

Many home appliance manufacturers and home-builders offer similar systems. However as they operate according to their respective vendors’ own specification, they cannot be connected to each other. This makes it difficult to put them into widespread use.

Chart: Translated into English from information published by METI

Standardization of the HEMS Communication Protocol

In the end, the TTC recommended using Wi-Fi, Bluetooth, Wi-SUN or ZigBee in the 920 MHz band, high-speed and low-speed Power Line Communication (PLC) and Ethernet for communication. After consultation among all the utility companies in Japan, Wi-SUN was chosen as the main smart meter standard and G3-PLC was selected as an auxiliary.

The Japanese government plans to have smart meters installed in all households and businesses across the nation by the end of 2024.

On the other hand, the diversity of interests of the various manufacturers is making it difficult to reach a consensus about an industry standard for transmission media for the remaining major devices other than smart meters.

Echonet Lite is a communication protocol for Smart Houses established by the Echonet Consortium, an organization promoting the development of basic standards for home communication networks. Echonet Lite was approved as an HEMS standard protocol in Japan by METI and then became an ISO/IEC international standard.

Echonet Lite’s specifications are compatible with more than 100 types of electrical and electronic home appliances. It collects necessary information from and exercises optimal control over them. In addition, since Echonet Lite is also compatible with many lower communication protocols, such as Ethernet and WiFi, consumers can use their existing home network as it is. Echonet Lite is a simple, lightweight communication protocol, with open-source software available to the general public.

Echonet Lite has been approved by METI for use as the communications protocol between smart meters and HEMS controllers. Therefore, all smart meters that will be installed in households across Japan will be compatible with Echonet Lite. 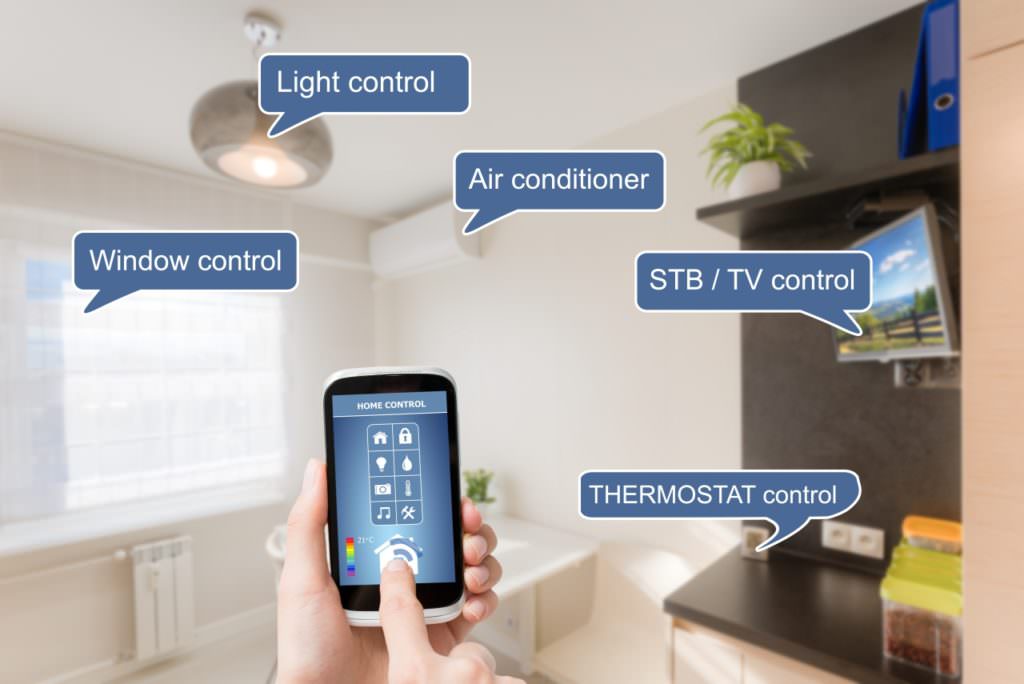 Despite Japan’s substantial energy conservation achievements to date, more efforts to reduce energy consumption are required. The Agency for Natural Resources and Energy released a roadmap for the realization of the Net Zero Energy House (ZEH) in December 2015.

In view of these government initiatives, it seems likely that the spread of Smart Houses will be encouraged still further in the future. For example, smart appliances, including HEMS devices, are now gaining public attention; it is expected that consumers’ demand for smart appliances and manufacturers’ development of these appliances will proceed apace.

In addition, the advancement of Internet of Things (IoT) technology will expand the types of devices connected to HEMS. For instance, robot cleaners and internet-connected refrigerators will be available in the near future and their operation will also be improved. Even at present, in addition to adjusting your TV tuner using a standard remote control, you can also control it using a WiFi-enabled remote control, or use your smart phone or tablet.

What Will “Smart Technology” Provide to Us?

It is expected that markets related to “smart technology” will expand as it contributes to energy conservation and improves the convenience of everyday life.

According to a private research survey, the total size of the Smart House-related product and system market in Japan had probably exceeded two trillion yen ($18.2 billion) by 2013. Although the market slowed down temporarily following the end of the government’s subsidy program for PV generation systems in 2014, it is anticipated to pick up, spurred by the deregulation of Japan’s electricity market this year. It is estimated that the market in 2020 will be two trillion 888 billion yen, up 39.1 percent from 2013.

In November 2015, the Virtual Power Plant (VPP) Initiative was a topic of the Public-Private Dialogue, a forum for dialogues between the public and private sectors, held under the sponsorship of Prime Minister Abe.

A budget allocation of 2.95 billion yen was made for a demonstration of the initiative during this fiscal year. In order to use rapidly spreading renewable energy sources and storage cells stably and effectively, a demonstration experiment will be performed to integrate various types of power sources through high-performance energy management technology, including demand response technology, so that they can serve as a reliable overall power supply (a virtual power plant).

Achieving a global standard for Echonet Lite is not only an important test for Japan, but it is also a big opportunity for Japanese home appliance manufacturers to expand their market in Japan and in the rest of the world, too.

2 Responses to The Smart House – Japanese Technology and Standards