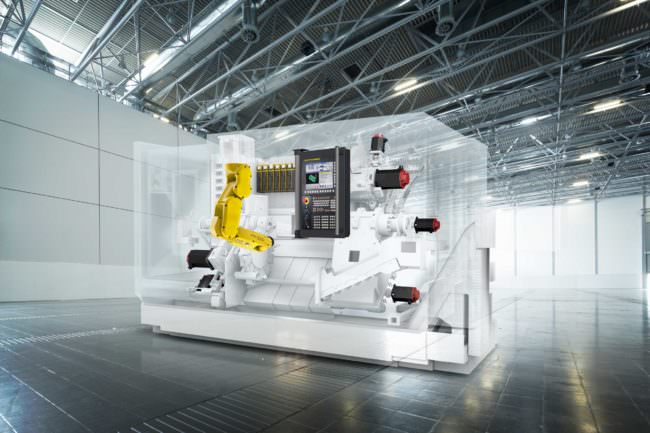 The industrial machinery market is constantly growing. Between 2000 and 2014, global production value of machine tools more than doubled from under $40 billion to over $80 billion. And the market is becoming more and more international. As in other industries, Asia has become one of the most important markets worldwide.

With China, Japan and South Korea beside Germany and the U.S., three of the five largest machine consumers and producers in 2015 hailed from Asia. Other countries like Taiwan or Vietnam are becoming important manufacturers and buyers, too.

With Japan, Asia is also home to one of the most established and developed markets: The Japanese machinery industry is of global renown for its high quality brands.

There are around 200 manufacturers of machine tools in Japan. Some of the most famous brands include DMG Mori Seiki, Yamazaki Mazak, Okuma and Fanuc. In 2014, six out of 11 largest machine tools manufacturers in terms of revenue came from Japan: Amada Co. Ltd., Komatsu Ltd., DMG Mori Co. Ltd., Makino Milling Machine Co. Ltd., Jtekt Corp., and Okuma Corp.

In order to grow in the European market, Mori Seiki has merged with German manufacturer Gildemeister to create DMG Mori. In 2015, 20 percent of sales revenues came from Europe and this amount is expected to grow in 2016.

Yamazaki Mazak Corp. is also actively working the European market. The Japanese company has opened four research centers in the past six years: Katowice in Poland, Prague in the Czech Republic, and Duesseldorf and Leipzig in Germany. In May 2016, Mazak has announced the opening of its technology center in Hungary, the 14th in Europe. Overall, the European market represents 30 percent of Mazak’s turnover.

Fanuc Corp. controls 65 percent of the global market share in CNC controls worldwide. The company has been included in the Top 100 Global Innovator list by Thomson Reuters in 2011 and 2012. It is represented in more than 14 countries in Europe and is currently developing the Chinese and South Korean market. The company’s largest market is America with 2015 sales of $1.034 billion, closely followed by Japan with $1.030 billion.

A considerable strength of many companies in the Japanese machinery industry is that they have deep market knowledge due to their long history. Japan Steel Works Ltd. for example was founded in 1907, Yamazaki Mazak in 1919, Mori Seiki tracks back its history to 1948, and Fanuc does to 1958.

Yet, Japanese machinery companies need to be aware of the fast development of China and India. The production of machine tools in India, for example, is forecast to grow at a compound annual growth rate of 13 percent during the 2016-2020 period.

According to Yoshino Hiroyuki, former president of Honda Motor, Japan has to work and focus on the price of their machines, which may be too expensive when compared to Indian and Chinese equipment. “In our newly operational factory in Thailand,” he said. “We have introduced to our engine processing line machine tools made in India and China that cost around 40 percent less than machines made in Japan. The results have been impressive. Japan needs to reconsider the question of cost.”

Paradoxically, while being an important machinery manufacturing country itself, China is also still a significant importer. In 2015, the country imported machines worth $157 billion, making it the third largest importation category after electronic and oil. Of those, $26.3 billion were imported from Japan.

But Chinese groups such as Dalian or Spark have made several acquisitions in order to gain new knowledge and skills and can be expected to become challenging competitors to Japanese companies in the upcoming years.

Japanese machinery industry companies still hold a few aces, though. Even if their machines are expensive, they are famous for their quality and reliability. They have succeeded in building extremely strong brand awareness and have customers that are very loyal.

An interesting feature of the industrial machinery sector is that equipment can be very expensive, but can also last a long time if it is properly maintained. Due to this there is a substantial market for used machinery. With the onset of the internet and the appearance of online market places to buy and sell used machinery like Exapro, this second-hand market is growing quickly. As they provide easy and transparent access to buyers all around the world, these market places also contribute to the ongoing internationalization of the industrial machinery industry.

Due to their excellent reputation and reliability, Japanese machines are very popular in the used machines sector. They are bought by small businesses all around the world who want to launch their activities with a lower price machine but do not want to compromise on quality.

Overall, the market for industrial machinery market is getting increasingly competitive. The decrease of the machine tools production in favor of imports in the U.S., rising production in Asian countries like Japan, China or Vietnam and the consolidation of the German market make this market more and more international.

The Japanese machinery industry still has a dominating market position and its development of overseas markets has been a success, especially in Europe. But the threat of China with its quickly growing machinery production will be a serious challenge in the future.

It will be interesting to see how Japan’s companies will react to this threat. One strategy will likely be to continue being innovative and keeping on developing the European market. There, opportunities are still presenting itself, especially in Eastern European countries such as Poland, Hungary, Slovakia and the Czech Republic.

Also, decreasing domestic production and higher demand for high-quality imports will continue to present opportunities for Japanese machinery makers in the United States.

One Response to The Japanese Machinery Industry