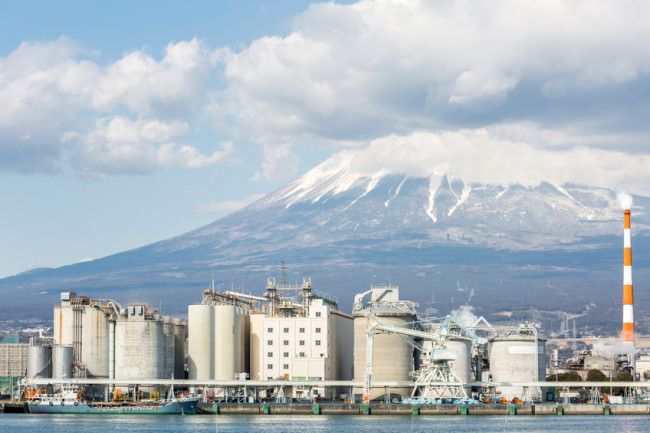 In its broader definition, which also includes plastic and rubber products, it made up over 14 percent of all output value in Japanese manufacturing.

With around 860,000 people, it employs around 12 percent of Japan’s manufacturing-related workforce.

Transportation machinery includes Japan’s most notable industry, automotive, which in turn is highly dependent on raw materials provided by the chemical industry.

The Backbone of Japan’s Economy

The Japanese chemical industry is dominated by a group of major corporations. Most of them are highly diversified and sport a large number of subsidiaries.

They are typically embedded in a strong network of alliances with other companies through their membership in keiretsus, sets of companies with interlocking business relationships.

Besides many other larger companies, which include Asahi Kasei Corp. or Hitachi Chemical Co. Ltd. for example, there a multitude of smaller specialty chemicals firms producing on very high levels of product quality.

The latter can be divided into five general areas: Fertilizers, which accounted for 1.2 percent of the Chemical Industry in the Narrower Sense in 2013, Inorganic Chemicals (7 percent), Organic Chemicals (42 percent), and End Products (49.9 percent).

A Force to Reckon With

As with many other industries in Japan, strengths of the chemical industry are innovation and product quality.

In 2013, R&D expenditures stood at a strong $25 billion, accounting for 22 percent of R&D spending of total manufacturing in Japan.

Together with steady capital investments, which stood at $15 billion in 2013, and a constantly increasing overseas production ration (almost 21 percent in 2013), the Japanese chemical industry and its companies are and will continue to be a force to reckon with for their global customers and competitors.