Many small and mid-sized subsidiaries of foreign B2B companies in Japan don’t have large budgets for communication activities. Although there is a trend toward recognizing communications as a strategic function here, too, more often than not, this awareness is still lacking.

It’s not uncommon for sales people to think that communications equals advertising, which in turn equals a waste of money. After all, it’s customer relations that count, right?

This mindset certainly isn’t contradicted by the manner in which Japanese companies have traditionally selected their heads of PR. Often, they are former managers of other group functions without a solid background in communications and no direct access to the company’s CEO.

And the organizational set-up of many foreign firms’ Japan subsidary reflects this. A small group of communications staff reporting inside Human Resources or General Affairs departments is not a rarity. Another common case is the CEO’s executive assistant who is also “taking care” of public relations.

In these cases, daily communications activities often consist of putting a few yen here and a few yen there.

A Happy Mix of Uncoordinated Activities

The CEO for example may decide to spend on ads in publications he likes to read. Or the company may sponsor entities it has long-standing connections to. And journalists of random publications may initiate to drop by for an interview once or twice a year and the firm might place ads in return.

Headquarters may come up with global initiatives, providing additional funding into areas which may have been selected otherwise with better understanding of Japan’s media landscape. Trade fair participation may be over- or underfunded based on headquarter involvement, or the lack thereof.

Coming in many variations, such a happy mix of uncoordinated activities is more common than most people think. And if the budget is not a large one to begin with, their impact will be negligible. The sales people turn out to be right.

Does it have to be this way? Of course not. In fact, Japan’s diverse industry media landscape offers more opportunities for effective B2B communications to companies on small publicity budgets than many other markets.

It’s important to focus, though. And a prerequisite for this is to have a good communications strategy in place – and to follow through with it. The point is to focus those limited publicity funds on activities that create the most value for the company. They are not always obvious, and chances are that they differ from “Happy Mix” activities.

Key Components of a Communications Strategy

Developing a communications strategy that doesn’t only look nice on paper but will actually be realized is not rocket science; but it takes is a well-structured approach. If not available in-house, it can be helpful taking in an external consultant who coaches a team through the process.

Any communication activity that is not aligned with an organization’s goals is not creating value, and in fact may be harmful. The communications strategy must be derived from those goals. This is the basis for all further steps, so they need to be defined in clear and concise terms.

It’s great to get covered in the Yomiuri Shimbun, the world’s largest newspaper, right? Well, not necessarily. A manufacturer of pigments for paints, for example, will actually derive more value from an article in the Toryo Hochi Shimbun.

So it’s a matter of target audience. To be able to focus activities on those areas that produce most value, it’s critical to answer the question of whom to address.

Considering that corporate brand building with Japan’s general public in most cases can’t be an option for small- to midsized B2B companies due to prohibitive cost, there are two groups that should be in focus. These are customers, who drive sales, and media, who help reaching customers better.

In a first step, customers should be listed and subdivided into direct and indirect customers. These make up the so-called core and extended target audiences.

In a second step, it’s essential to research which information sources will reach those customers best. It doesn’t need to be overly complicated. For example, it’s possible to ask sales people and existing customers which newspapers or websites they read to stay informed. 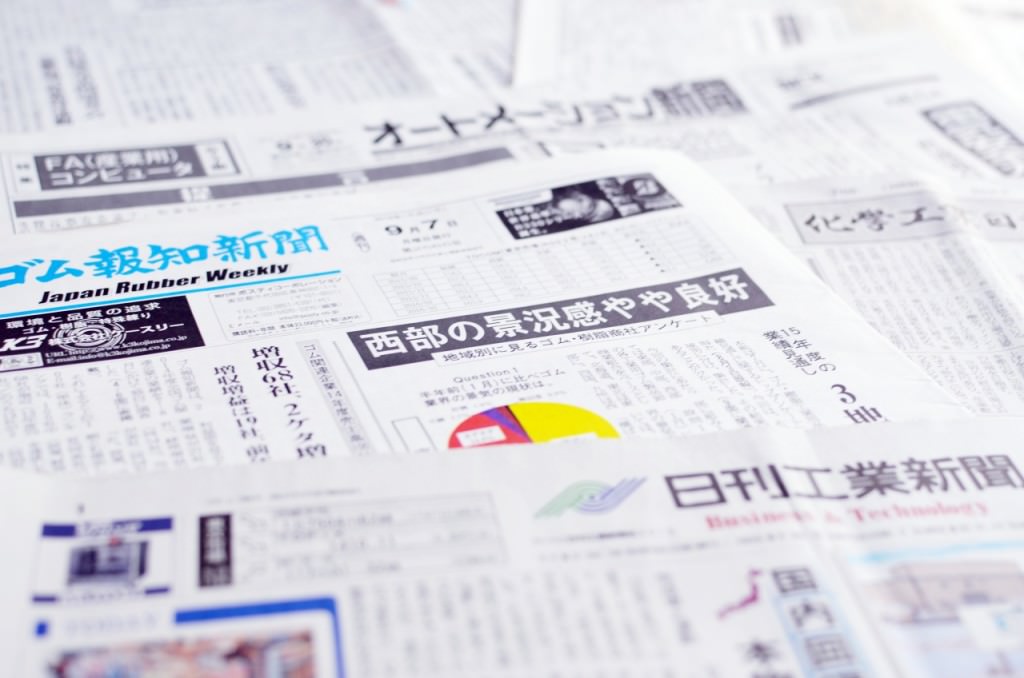 Chances are that their answers will not primarily include large dailies, but will prominently feature some of Japan’s industry newspapers I have described in a previous article. These are the company’s target media and they act as multiplicators. While sales people reach customers one by one, a single newspaper article can reach many at the same time.

Of course it may, and most likely will, make sense to go into more detail and include other target audiences, for example governmental organizations or academia. Also associations are plentiful and the bottom-up way they work can make it worthwhile to get involved.

Communications is nothing else than shaping mindset. If a company wants its target audience to think that its products are reliable and technical service is top-class, it won’t help if its sales people tell their customers that the products are good value while the public relations department sends out press releases that highlight the company’s strong global network.

Instead, peoples’ mindsets are shaped if everyone in the organization understands what it stands for and spreads the same message – for a sustained period of time.

So, the next step is to define what the company wants its target audience to think about it five years from now. This is the company’s positioning.

Any positioning – the undertaking of shaping mindset – will only work if it’s credible, which means it must be rooted in reality. It must be backed up by examples from within the organization that make the claims tangible. An example for top-class technical service may be that the company operate seven service centers in Japan. And a 10-year warranty may indicate that its products are more reliable than those of its main competitor, who only guarantees five. These are called proof-points.

Based on positioning and proof-points it’s possible to develop sentences that describe the essence of what the company wants to be to its target audience. These are key messages.

Their purpose is that as many of the firm’s staff use them toward its target audiences in as many situations as possible. So they need to be short and concise and limited in number. Three to five key messages are usually sufficient. They need to be drafted in a way that people remember them with ease.

In the above example, a possible key message may be “With our seven technical centers all over Japan, our technicians are always close by and can support you quickly and competently.”

Key messages are important. Their consistent use by an organization will over time shape its target audiences’ mindsets.

After having worked through the above steps, it should now be possible to jot down the company’s strategy statement with considerable ease: Whom do you want to reach how and with which message to achieve what.

Finally, it’s time to move beyond strategy and enter the realm of tactics.

Depending on multiple factors like the firm’s industry, organization and product, available budget and pre-existing activities, the next step is to identify those communications activities that promise the highest return on budget invested.

There are plenty to choose from, including press conferences, press roundtables, interviews or news releases, paid media like advertisement and advertorials, events and trade fairs, marketing communication materials and digital media. Some work similarly in Japan compared with other markets, some distinctively different.

Detailed activity planning can be a bit tedious and needs strong in-house commitment, but is crucially important. Also this process can benefit if an external coach is involved.

The key is to success is to focus those limited publicity funds on activities that create the most value for the company.

The first step toward making this a reality is to develop a lean and focused communications strategy which defines whom to reach how and with which message to achieve what.

This sets the stage to be able to select and implement in a next step exactly those activities that are most effective in each organization’s specific situation.

Energy Regulations and Electricity Deregulation in Japan
Internet of Things in Japan: Quietly, Systematically Plowing Ahead