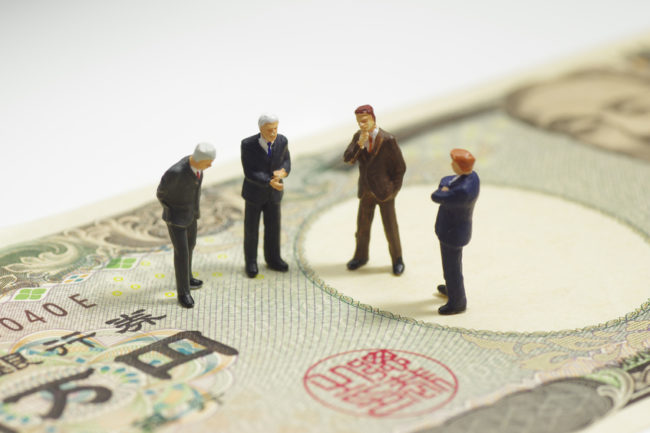 Salaries in Japan lag behind those in Asia and the country is losing in the global race for talent, said Marc Burrage, managing director for Japan of international recruitment firm Hays at the presentation of the company’s 2017 Asia Salary Guide.

And on first sight, the situation appears dire:

The World Economic Forum finds Japan falling from sixth to eighth rank in its latest report on global competitiveness. At the same time, its Global Index places the country as low as 77th out of 138 countries in attractiveness for foreign talent. The OECD and Japan’s Productivity Center say that Japan is also less productive, ranking it 20th out of 35 countries. 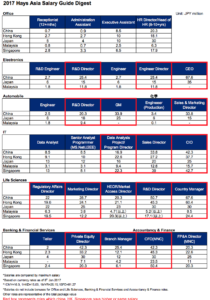 And if that was not enough, with its shrinking population, Japan sits on a demographic time bomb. The country is short in the skills it needs. According to JETRO’s Invest in Japan report for 2016, almost 70 percent of foreign companies in Japan say they have difficulties in finding talent. While ranking only fifth in 2013, and moving up to second place two years later, the issue has by now become the most important obstacle for doing business in Japan.

But that is not the full story. According to Burrage, companies have powerful tools at hand that are fully under their control and will drive competitiveness if implemented.

1. Consider talent an investment, not a cost

The shortage of skills is especially severe in areas related to the Fourth Industrial Revolution, he said. Demand for jobs like data scientists, auto-drive engineers, AI engineers or IoT professionals is increasing all over the world. As many of those skill sets have not existed before, supply is scarce, and training them presents a crucial challenge.

Moreover, Japan is falling behind. Burrage pointed out that on average, salary for such jobs in the U.S. is double of that in Japan. Quoting a survey by METI, he said that Japan is already short 170,000 people in IT-related jobs, and that this number is expected to increase 4-fold to 790,000 people by 2030.

To tackle this problem, Burrage advocates considering talent an investment instead of cost. In a simple mind game, he asked to think of the cost of replacing a senior executive: Only in rare cases does cost associated with downtime, search and onboarding outweigh that of a pay increase. If people feel invested in, they feel fairly treated and rewarded. And ultimately, they want to stay. 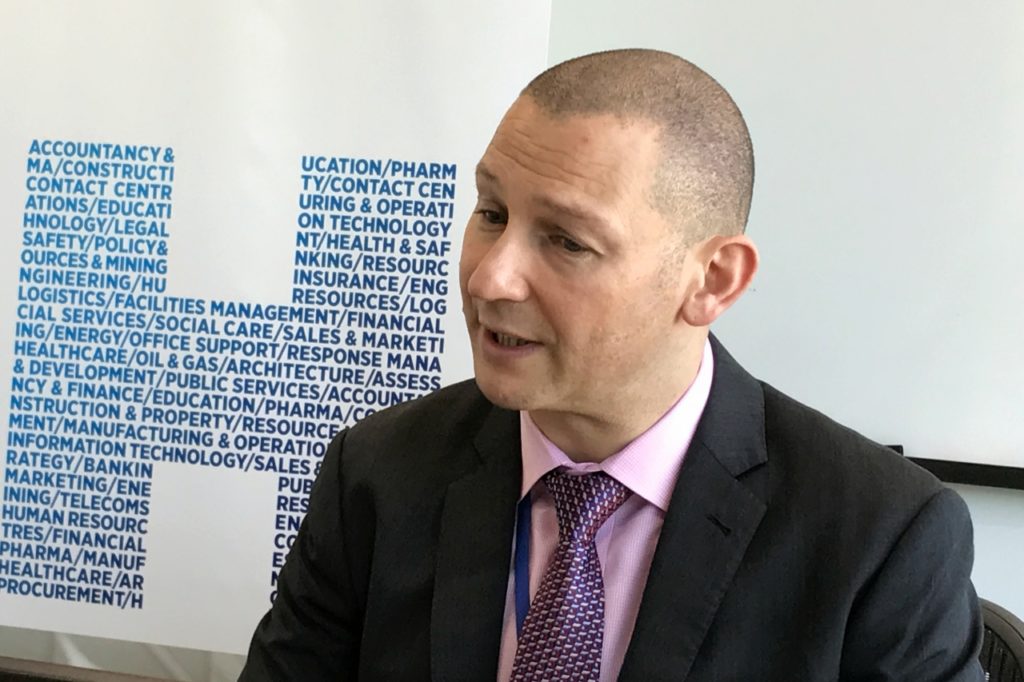 In addition, companies can reap future benefits by investing in smarter training programs focused on future needs. Burrage said that organizations need to understand which training is required to achieve a competitive edge, and then invest into these areas. Ultimately, this will drive productivity and motivation of the company’s employees.

2. Provide challenging careers based on performance

Japan is famous for its culture of life-time employment. While traditionally having substantial advantages such as employee retention or effectively building and leveraging company-specific knowledge, the system has drawbacks in a world characterized by strong global competition.

In other countries, salary systems are based on positions and job descriptions. Being more and more part of global organizations and exposed to such systems, high-performers in Japan increasingly see seniority-based evaluation as unfair. As seniority-based systems also depend on coherent salary systems, it is very difficult for many Japanese companies to pay younger high-performers the high salaries they may command abroad.

In a globalized world it is important to have the right people with the right skills at the right place. Toward this end, Burrage recommends companies in Japan to move to performance-based evaluation and meritocratic careers.

Conventional wisdom holds that employees in Japan are first and foremost loyal to their company and that, different from almost anywhere else in the world, salary is not the most important factor.

Yet according to Hays 2017 Salary Guide, this might have just changed: Indications are that money is quickly becoming the key motivator for workers also in the Land of the Rising Sun – and that employees are not happy with their pay.

The shocking truth is that those who say that they are seeking a new job because of salary or benefit packages jumped a significant 12 percent from 37 to 49 percent compared to the previous year.

To make things worse, the survey finds that 53 percent of Japan’s employees are unsatisfied with their salary. With more people seeing money as a key motivating factor, this presents an increasing danger of disconnecting employers and employees, and, ultimately, lack of engagement and increased turnover.

The upcoming shunto spring offensive is not likely to help much in driving salaries in Japan up. Although pressured by the Prime Minister’s office, unions in Japanese manufacturing industries are only looking to ask for a relatively modest increase of around $30 per month.

In fact, Japan’s salary increases lag behind in Asia. The survey finds that while over 56 percent of employees in China got salary increases of more than 6 percent, in Japan close to 20 percent of respondents got no increase, while 58 percent received only up to 3 percent more salary.

While companies in Japan pay more for junior jobs, they pay less for high-skilled and management roles than their peers in other Asian countries. 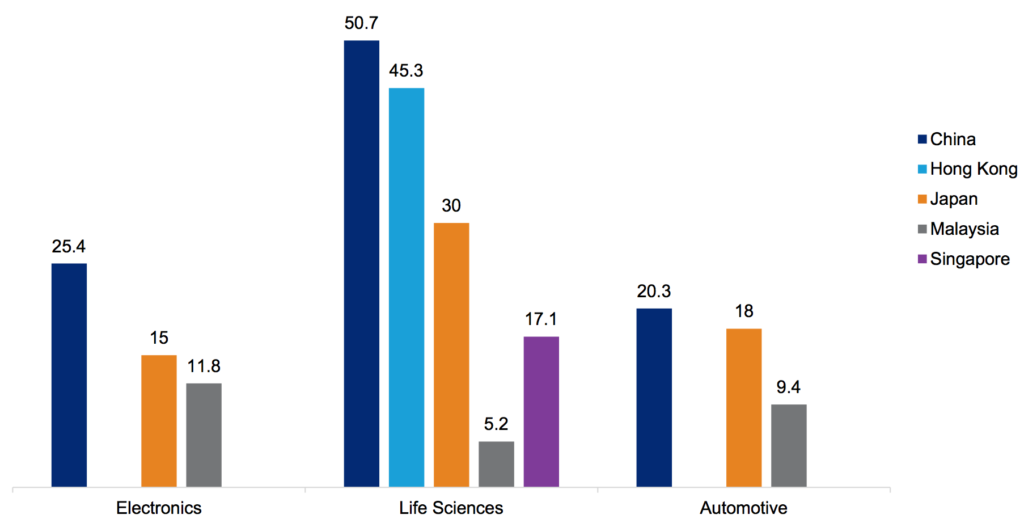 Lower salary levels in high-skilled and upper management jobs impact a company’s ability to retain these important employees: Individuals holding these positions are often mobile and will be hunted. This presents a risk not only for companies, but also for Japan overall, said Burrage.

Especially in the Fourth Industrial Revolution, Japan is in danger to lose in the global race for talent if employers continue to depend on the government for further action.

To get into a winning position, Burrage recommends that as in any race, speed is the key and businesses should now take the lead on key initiatives such as equal pay for equal work and quickly align salaries in Japan with the global standard to maintain competitiveness.

From a global viewpoint, multinational corporations are generally ahead of local SME’s, as are countries with younger population compared to those where people are older, said Hays’ managing director for Asia Christine Wright at the presentation.

She concluded that if Japan’s companies increase their salaries transparently and fairly, they will be successful in driving up employee engagement, retention and productivity – and in being competitive on a global scale.