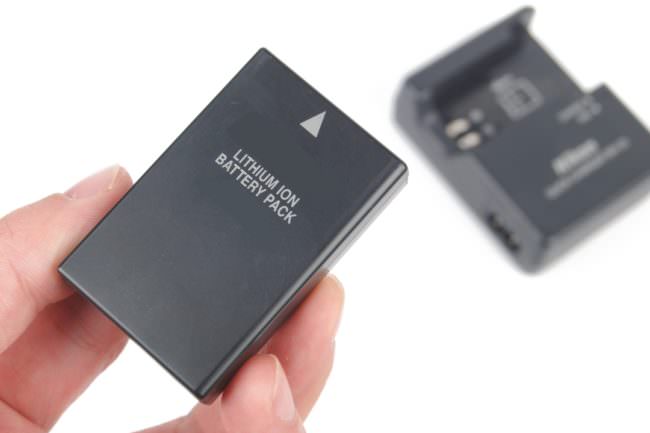 by TÜV Rheinland Japan on Nov. 11, 2016 in Regulatory Environment 0 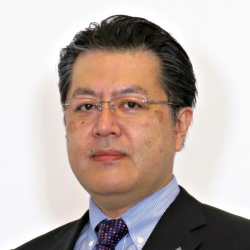 With their large output and long service life, lithium ion batteries power a broad variety of products from smartphones to electric vehicles. At the same time, there are frequent reports of safety problems that come with these batteries. Just recently, a South Korean smartphone manufacturer has garnered much unwanted attention in the media due its phones catching fire.

However, device manufacturers see a great deal of promise in lithium ion batteries as potential big sellers. In September 2016, Osaka Prefecture announced a tie-up with third-party certification bodies that provide testing and certification services related to storage batteries in Japan. This move reflects the expectation that battery certification based on International standards will be in heavy demand.

A brief history of electric batteries

More than 200 years ago, Luigi Aloisio Galvani, an Italian biologist, discovered that dead frogs’ leg muscles twitched when subjected to an electric spark caused by bringing two types of metals next to each other, near the nerves in the legs. This observation was the first step in the discovery of the principle of electricity-generating batteries.

In 1800, Alessandro Volta, an Italian physicist, created a battery. Then, in 1859, the lead-acid storage battery, or wet-cell battery, was invented. The prototype of a dry-cell battery was invented in 1868. The wide range of batteries available today gradually appeared through a series of improvements to these two basic types.

It is said that a wet-cell battery was created by Shozan Sakuma in Japan in the 19th century. After that, Sakizo Yai invented a dry-cell battery during the Meiji era (1868–1912). After the end of the Sino–Japanese War (1894–95), some newspapers reported that “The winning of the war was due entirely to the invention of the dry-cell battery.” The first lithium ion battery was commercialized by a Japanese manufacturer in 1991.

Features of lithium ion batteries and issues to be resolved

It has the following features:

In recent years, the public has become concerned about the issue of lithium ion battery safety. Since these batteries are widely used in many devices in our immediate environment, we want them to be absolutely safe. Efforts are constantly being made by researchers and manufacturers to improve lithium ion batteries and make them safer.

Lithium ion batteries have high energy density, which can possibly result in overheating and them being potential fire hazards. 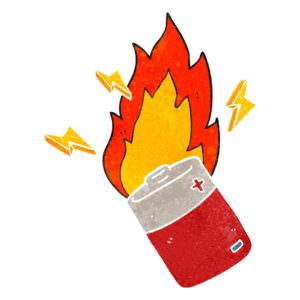 The impact of this fact was especially strong in Japan, because lithium ion batteries were commercialized here before they were being widely manufactured elsewhere in the world.

Later, in 2013, there was a smoke and fire incident involving the lithium ion batteries mounted in a Boeing 787. The Federal Aviation Administration (FAA) issued an order stopping the operation of all 787 aircraft everywhere around the world. This meant that the flight of the latest model passenger aircraft in operation at that time was suspended. However, the cause of the problem has never been identified.

This year, in 2016, it was reported that South Korean-made smartphones had caught fire. Following these reports, attention was again drawn to the safety of high-performance lithium ion batteries.

The advent of smartphones has rapidly accelerated the use of mobile devices. There is increased demand for more compact products with longer running time. The development of a safer and higher-performance battery has become a crucial issue for battery manufacturers needing to cope with these demands.

How can manufacturers demonstrate safety and compliance to legal requirements?

Here are some of the safety tests and testing equipment used for lithium ion batteries. The photos show the testing equipment actually being used in the Kansai Technology Assessment Center (KTAC) of TÜV Rheinland Japan Ltd. in Osaka Prefecture, Japan.

The test checks whether the subject lithium ion battery will operate safely after receiving an impact that does not result in manifest, apparent damage after being dropped.

The test checks the safety of a lithium ion battery, if a short circuit occurs outside the battery due to misuse of the product.

A secondary battery undergoes repeated charge and discharge. The test is used to check the safety of the battery in the event that it is charged excessively or discharged rapidly.

In a crush test, the battery is crushed by the application of strong force. In a nail penetration test, a nail is pounded into the battery. Each test checks whether the battery overheats, catches fire or explodes after these types of rough treatment. 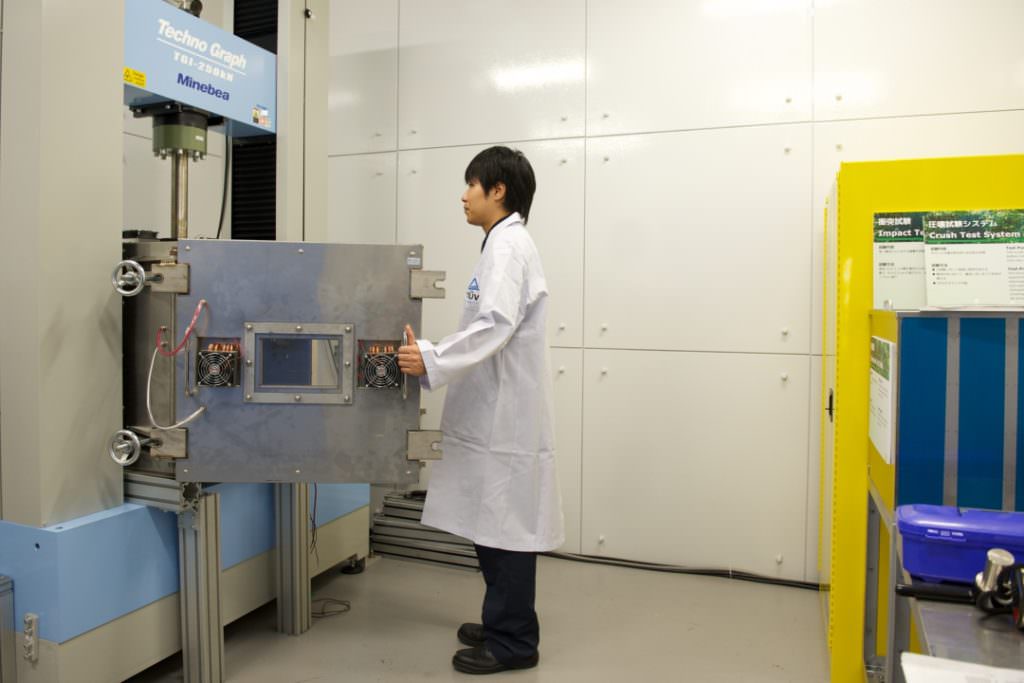 The test is used to check the safety of a lithium ion battery in high or low temperatures or when subjected to cycling through two temperature extremes, for example repeated high and low temperature cycles.

The test checks the safety of lithium ion batteries in low-pressure conditions such as experienced in aircraft or in high-rise buildings.

The safety of the test equipment is also ensured

While tests such as these are being carried out, the battery may smoke, catch fire or explode due to the application of an excessive load on the battery. The battery safety testing equipment also includes sufficient safety features to make sure the testing itself is safe. 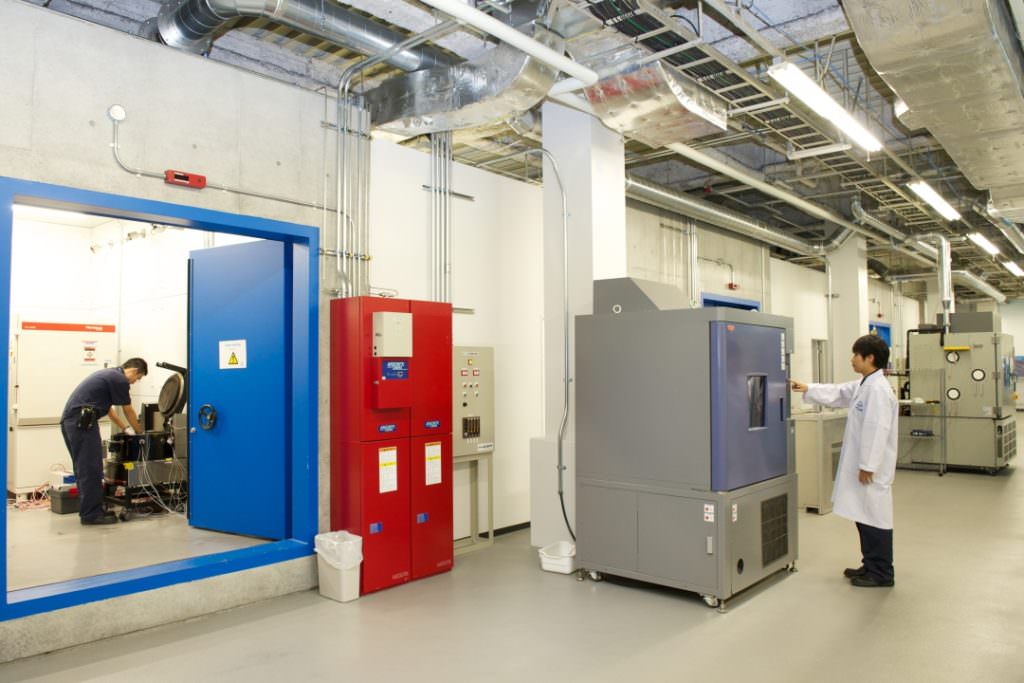 The photo shows a testing room located beyond the half-opened blue door. Test samples are placed inside the test room. After the inspector sets up the test samples on the testing equipment inside the room, he leaves and operates the equipment remotely. If the test sample catches fire, the fire will be extinguished automatically. If smoke or gas is generated, the “scrubber” system will be activated to purge or remove it.

The production of lithium ion batteries fell markedly in Japan during of the economic downturn precipitated by the Global Financial Crisis in 2008 and the Great East Japan Earthquake in 2011. However, since those events, production has begun a modest recovery, partly due to a Japanese government subsidy program.

It is anticipated that the expansion of the market will accelerate even more as the safety of lithium ion batteries becomes assured. 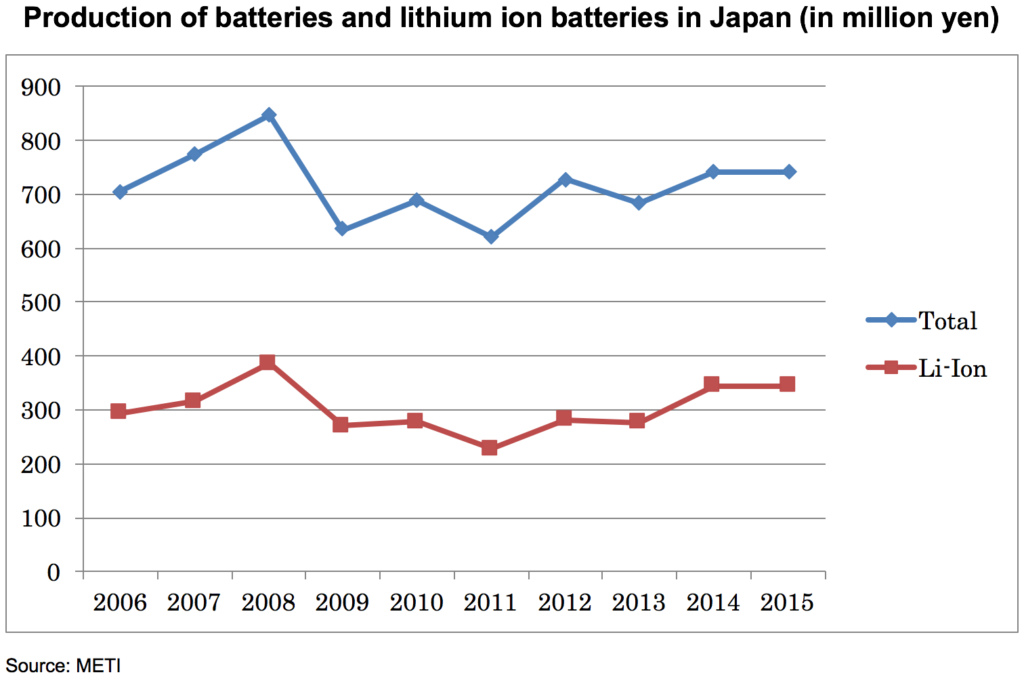