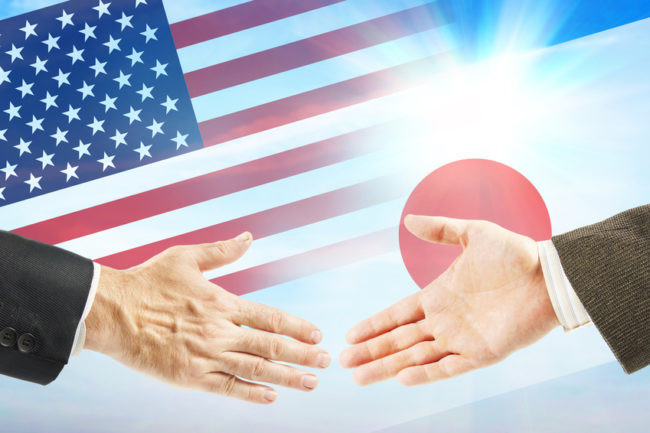 Americans think that Japan is the most important partner of the U.S. in Asia, according to a March 2017 opinion poll conducted by Nielsen Consumer Insights on behalf of the Japanese Ministry of Foreign Affairs (MOFA).

The poll is the latest in a series of polls on the image of Japan done almost every year since 1960. For a general public group, telephone interviews were carried out with 1,005 adults aged 18 and over who live in the U.S. For an opinion leaders group, telephone interviews were carried out with 200 people in leading positions in the fields of government, business, academia, the news media, religion and labor unions. 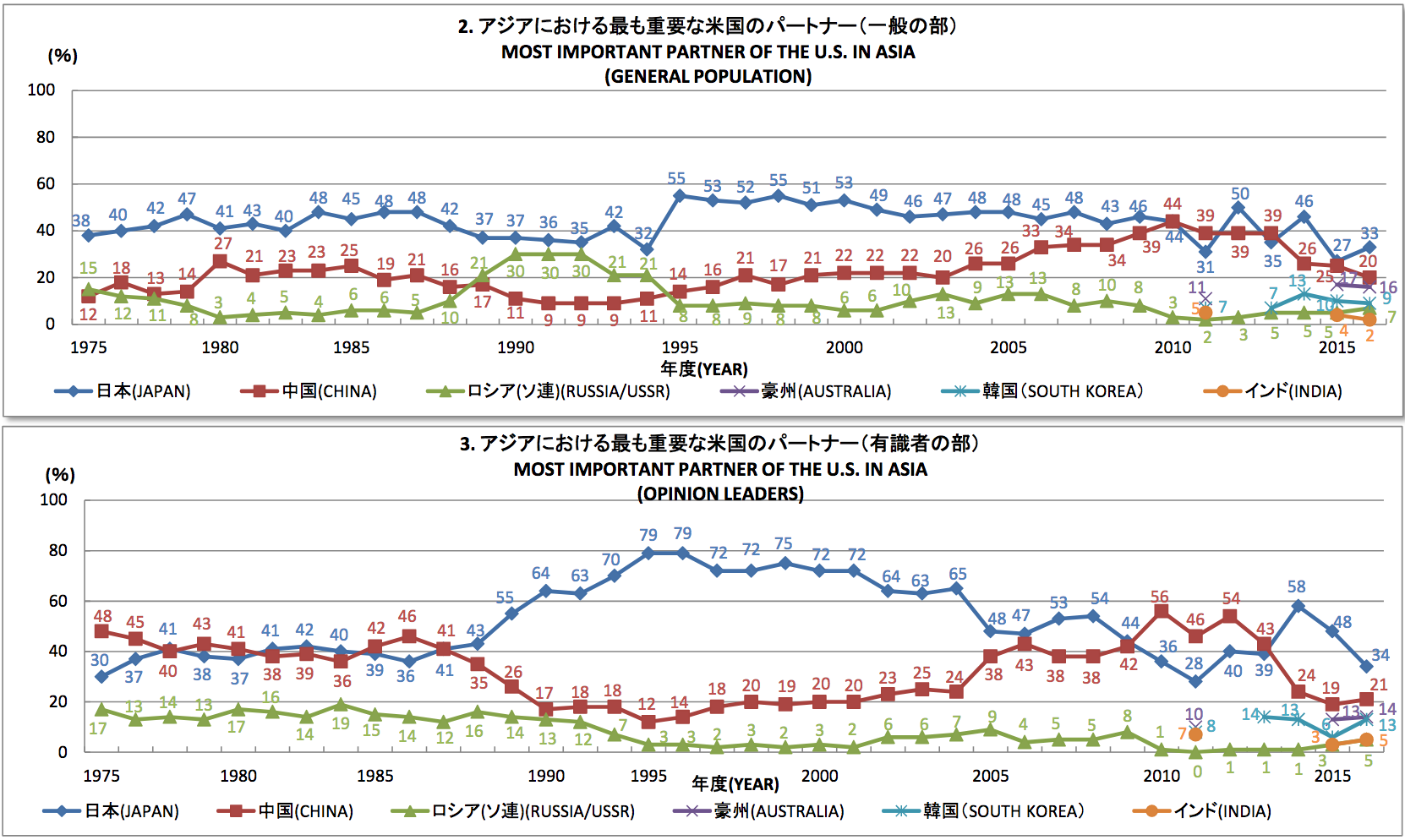 The Japan-U.S. Security Treaty system is highly evaluated overall. 83 percent among the general public and 88 percent  among the opinion leaders said that the Treaty contributes to the peace and security of Japan and in the Far East either to a great extent or to a moderate amount.

At the same time, 87 percent among the general public and 86 percent among the opinion leaders said that the Treaty is very important or somewhat important for the U.S. in terms of its own security. With regard to whether or not Japan should increase its self-defense capability, 61 percent of the general public answered Yes, should increase, while for the opinion leaders the figure was 66 percent.

As for whether Japan and the U.S. should closely cooperate for peace and security in the Asia-Pacific region, the majority of respondents favors the idea with 91 percent of the general public and 96 percent of the opinion leaders. In addition, the majority of the audience responded that Japan should play a more proactive role (80 percent among the general public and 85 percent of opinion leaders). 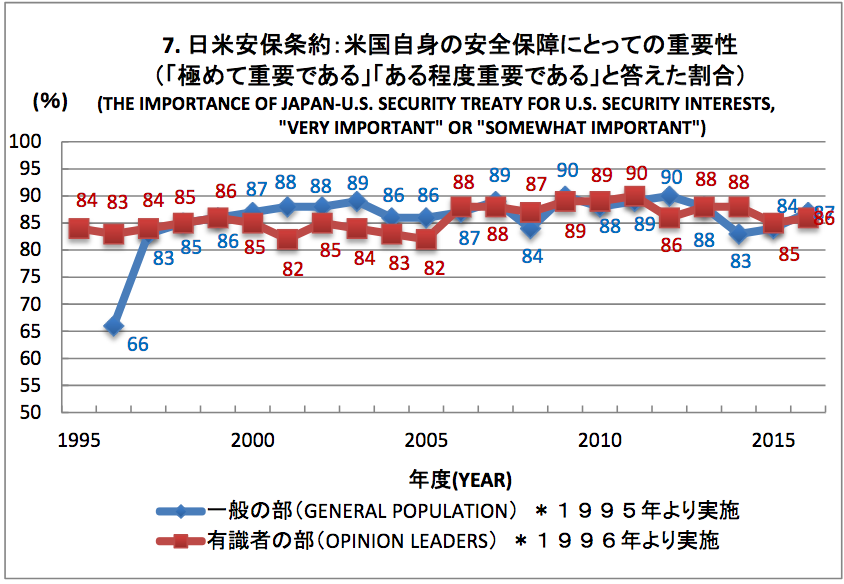 Asking the opinion leaders what policy Japan should focus on to deepen economic ties between Japan and the U.S., 86 percent responded that Japan should promote technological cooperation in areas such as clean energy and high-speed railway systems, followed by 57 percent who said Japan should cooperate in negotiations of the Trans-Pacific Partnership, and 57 percent who favored cooperation to develop natural resources such as shale gas.

With respect to the areas of Japanese culture that the public are interested in, Japanese food (70 percent); Architecture (66 percent); Lifestyles and Way of Thinking (65 percent); Sumo or Japanese martial arts such as Karate, Judo, or Kendo (50 percent); and Flower arrangement (46 percent) were among the most selected answers.