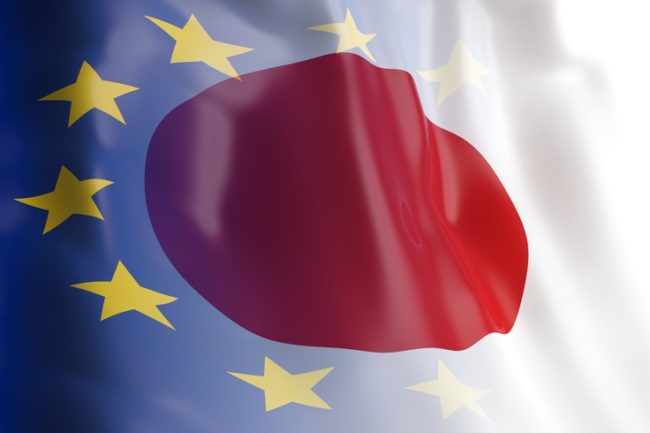 Underway since 2013, it looks as if trade negotiations are coming to a close toward an EU-Japan Free Trade Agreement (FTA), as the European Union calls it, or Economic Partnership Agreement (EPA), the term used by the Japanese side. This is important as together, the economies of Japan and Europe account for a third of global GDP.

Moreover, the EU is Japan’s third largest trading partner in the world, and seen from the EU, the Asian economic powerhouse ranks sixth. Trade between both economic areas stood at 125 billion euros ($136 billion) in 2016.

In April 2017, Yoichi Suzuki has become the Japanese government representative for Free Trade and Economic Partnership Agreement Negotiations, replacing Koji Haneda. Suzuki has been Japanese Ambassador to France as well as Director-General of the Foreign Ministry’s Economic Affairs Bureau.

Based on the strong economic ties between the EU and Japan, the European Commission and the Government of Japan launched negotiations toward an FTA / EPA on March 25, 2013. 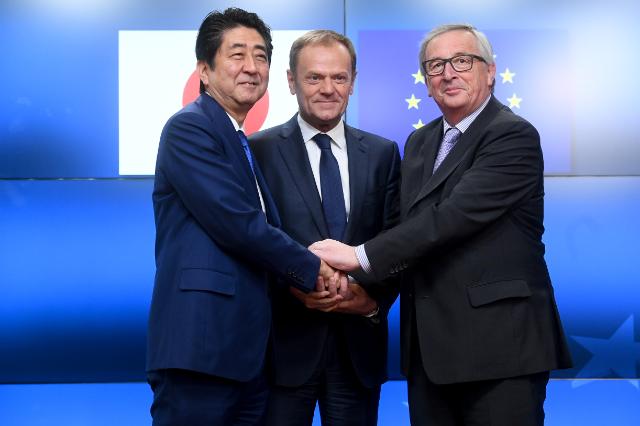 As of March 2017, 18 rounds of FTA / EPA negotiations have taken place. The last round has just taken place in the week of April 3 in Tokyo, following the high-level talks on the March 21 in Brussels between Prime Minister Shinzo Abe, European Council President Donald Tusk and European Commission President Jean-Claude Juncker.

All four points were highlighted again as a priority during EU Trade Commissioner Malmström’s first official trip to Tokyo in May 2015.

Wrapping up five-day talks in December 2016 with his Japanese counterpart, EU lead-negotiator Petriccione said, “These negotiations are very close to a conclusion” but added that “there are some issues where compromises are more difficult than either of us had thought.”

Key points of contention that remain are the EU’s 10 percent tariff on the automotive sector, which Japan would like to see removed, as well as the Japanese reluctance to open up its food market for agricultural goods from the EU, especially for dairy products.

Political relevance of the agreement

While, after more than 18 rounds of formal negotiations, differences remain between the EU and Japan, the real impetus for achieving an agreement came in 2016 in the form of the U.K.’s Brexit vote and the election of Donald Trump as U.S. President. In recognition of the importance of trade and the strong bilateral trading relationship between the EU and Japan, both parties reconfirmed their commitment to finalizing a comprehensive free trade agreement.

The hope is that an agreement is finalized by the end of 2017.

EU Commission President Jean-Claude Juncker commented in March 2017 that “this agreement is necessary. It is necessary because we believe in free, fair and rules-based trade.” This sentiment was shared by Japan’s Prime Minister Shinzo Abe during his meeting with German Chancellor Angela Merkel during the 2017 CEBIT fair in Hannover. Abe stated that “Japan and Europe must work with the U.S. and raise high the flag of free trade.”

As the talks continue, EU negotiators must also assuage concerns in the European Parliament and European public sentiment regarding trade, as manifested in late 2016 during the complicated signing of the Comprehensive Economic and Trade Agreement (CETA) with Canada.

Co-Founder, Partner and head of Brussels Office at IDA Group. Learn more about and contact him.
View all posts by Stefan Borst →