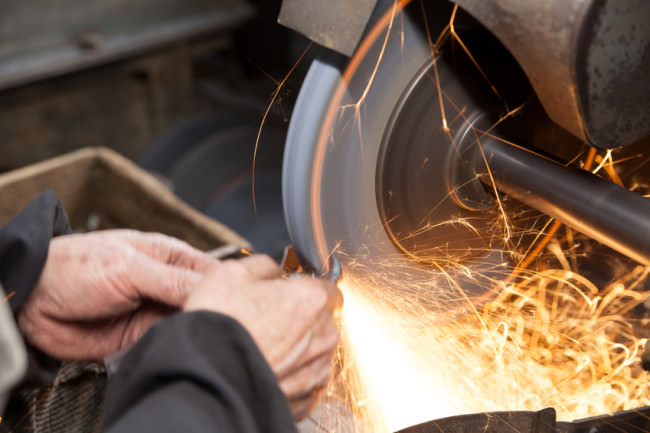 Japan fascinates with its coexistence of old, sometimes archaic companies and extremely modern high-tech. It is the result of a deliberate attempt to defy Schumpeter’s theory of destruction and creation – so far with success.

Japan has a reputation of being one of the innovation and high-tech power houses of the world. It certainly deserves this image well. Hybrid cars, carbon fibers for the airplane or car industry, lithium-ion batteries, LEDs or Oleds, liquid crystal displays or even smart phones: Many of the products that shape our digital lives today were brought to fruition in Japan.

But there is another side to Japan, coexisting and sometimes even thriving side-by-side newest technologies and industries: archaic micro-companies or so-called sunset industries that in many other countries were finished off by rapid industrialization.

If you walk around Japanese neighborhoods long enough, you will come across this Japan sooner or later.

Workers in small companies cutting steel tubes or screws, sometimes using machines of their grandfather’s generation. Or small shops making candies the old fashioned way, or thousands of small firms making soy-sauce or sake like the forefathers did. 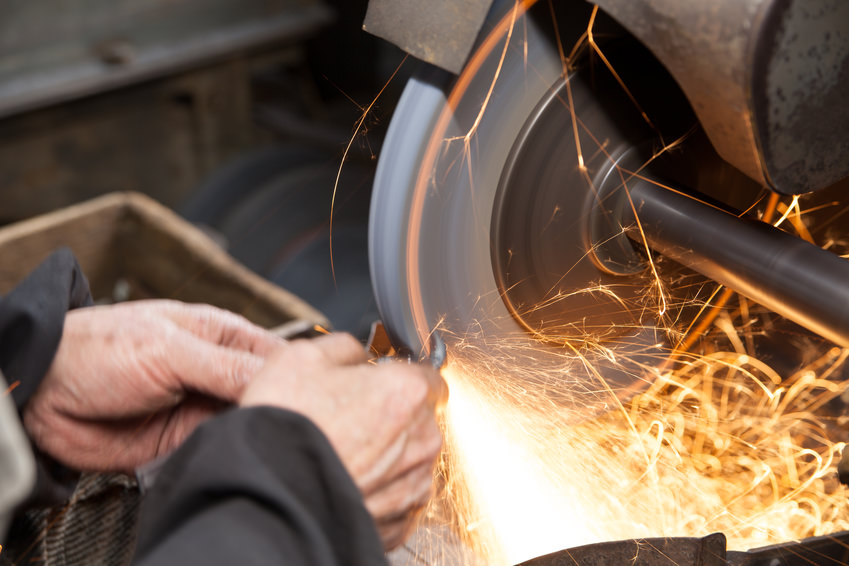 Strikingly, Japan has kept industries strong and on world level that have been largely sacrificed in my home country Germany under the attack of Japanese and later Korean rivals on the altar of progress and profit.

Shipyards are still plenty. And they are not only specialized in high-tech war ships or super-refined cruisers for the billionaires of this world, but they are still strong in building commercial ships of all kinds and sizes.

Gigantic structures of steel works are still more common than in many other industrialized countries.

And Japan has even managed to keep its consumer electronics and mobile phone business alive, which Germany has lost completely.

Something seems to be different in Japan. To me, that is the political mindset of Japanese society.

In the West, elites and later the public accepted and even embraced a cruel tendency of free-wheeling capitalism as if it was natural law: That companies, industries or whole cities wither because new technologies and competitors proved stronger than them.

The Austrian economist Joseph Schumpeter called it “Creative Destruction”, a “process of industrial mutation that incessantly revolutionizes the economic structure from within, incessantly destroying the old one, incessantly creating a new one.”

But somehow, Japanese establishment did not buy into this theory.

Instead they have lived a concept that I would call “Creative Conservation”. It can be summarized as a process of industrial mutation that creates disruptive businesses in growth areas, but maintains old structures by customary business practices, subsidies, regulation, and government sponsored consolidation. 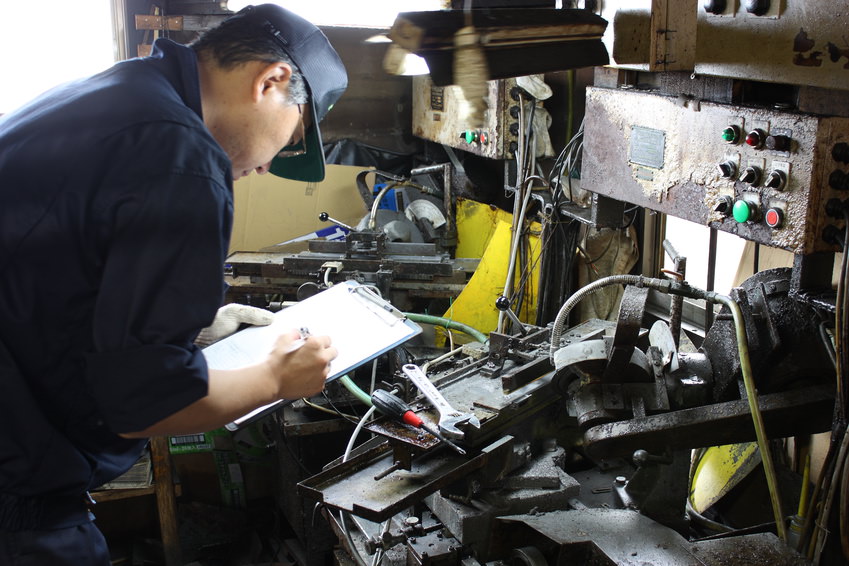 That does not mean that Japan does not experience structural change. It clearly does. Japan has not only churned out innovative technologies that changed the world, but also business models.

Or look at mobile internet companies like the chat-app Line or mobile game providers like Gree that manage to make money in a business in which Western companies are burning cash.

First, the concept works on a societal level. Companies making screws the grandfather’s way are often part of the supply chain of a big conglomerate. And they are being kept alive longer than it would be the case in Germany, because bigger companies feel an obligation to keep on using them.

In other instances, the state steps in and protects the old ways through high import tariffs from pressure from abroad. The predominance of small-scale farming is an example.

Or it slows down newcomers from within through regulations and standards.

Sometimes it feels as if the establishment bets on a biological solution of structural change; in other the words, the demise of business owners or micro-farmers that are affected of the inevitable transformation.

And if an industry comes under real pressure, Japanese won’t opt for a market-driven survival of the fittest, which would often mean wholesale death of companies or technologies, mass unemployment and creation of social problems like crime.

Instead you will inevitably see Japanese to escape to a more or less state sponsored consolidation.

Heavy industries like ship building and steel making are past examples of this process, the display industry a more recent one.

Through entry of Koreans, Taiwanese and finally Chinese manufacturers, the old Japanese masters were pushed to the brink. Proud household names like Panasonic, Sony, Hitachi and Toshiba were being pulled down by their display operations for TVs, and had to get rid of this business.

In the West, each company might have culled their respective businesses individually.

But in Japan Sony, Hitachi and Toshiba pooled their plants under the massively helping hand of a semi-public investment fund, the Innovation Network of Japan (INCJ).

A new company new company was founded and called “Japan Display.” It became the largest display manufacturer of the world. Later, Panasonic dumped part of its toxic business into this basket, too.

Economists said that this is an example of state sponsored postponement of an inevitable demise of an untenable industry.

But so far the operation has to be called a success.

Some of the classical display makers like Hitachi and Panasonic have already restructured successfully. Even Sony made it back into the black without the hopeless display production around its neck. And Japan Display made at least in the beginning surprisingly good money and listed on the Tokyo Stock Exchange in 2014. 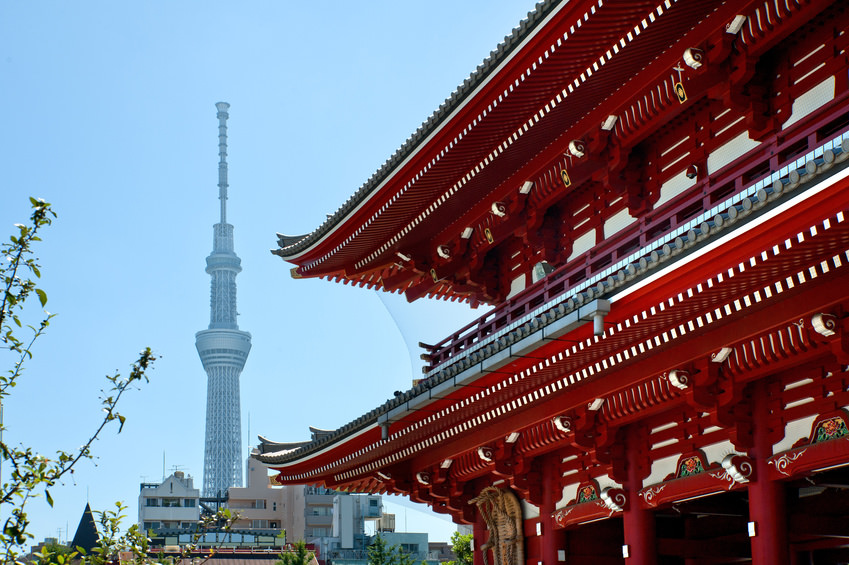 Critics might argue that this Creative Conservation is partly responsible for the ballooning government debt that has risen to 250 percent of the gross domestic product, and that the country is running out of funds to maintain its way of doing business.

The sceptics may be proven right in the end, but perhaps Japan will show the world an alternative to the neoliberal way of doing business.

Anyway, nobody should expect that the country stops defying Schumpeter’s theory. Instead it will try to cultivate its economy like a Japanese landscape gardener, to keep its old ways and at the same time allow new ideas to blossom.

Electric Cars: The Role of Standards in Japan and Abroad
Profitable Services Through Servitization of Products