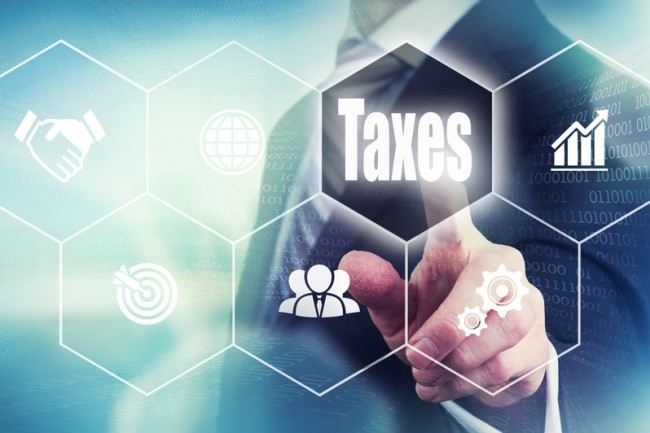 These days, news are full of multinational companies accused of shifting their profits to low tax jurisdictions.

But with a corporate income tax rate of 36%, Japan is not really a location where companies want to artificially transfer their profits to. More often than not it will take time and patience to break even and make profits in Japan.

This means that over the years, tax losses may pile up and worst case expire.

Not only is the cost of doing business in Japan in general more expensive than elsewhere in the world, but international companies face additional burden when starting or conducting business here.

They are exposed to higher cost when seconding their people to Japan, when making additional efforts to establish, defend or expand their market or when their transactions with group companies are scrutinized by tax authorities.

In the following, we will discuss how to deal in an efficient manner with these challenges. We will also have a look at forms of doing business in Japan, analyze expenses and their tax deductibility, and review what to do with tax losses and how to earn so called tax credits.

Forms of doing business in Japan

Unrelated to tax considerations, business can be done in Japan in a variety of forms.

In the initial phase, companies can enter the Japanese market by way of opening a representative office. In such office, also referred to as “Rep Office”, country specific and market information is gathered, business contacts are established and any kind of auxiliary services performed. However, services must only be rendered to the head office, and must be other than engaging in sales activities.

Alternatively, a sales office can be opened right away, in form of an overseas company’s Japan branch.

Mostly, not a branch, but rather a legally independent, fully fledged operating company will be established in the legal form of a Japanese stock corporation (“Kabushiki Kaisha”) or smaller in size and reputation, a limited liability company, also referred to as “LLC”, “Godo Kaisha” or “GK”.

Overseas investors may want to initially or permanently limit the scope of their presence in Japan by having their local subsidiary merely act as a commission agent of themselves, being the principal.

In both cases, the subsidiary will record no sales but sales commissions. A commissionaire will incur less cost and thus be able to record profits from the beginning on.

A limitation of Japan activities can also take place by restricting the risk and distribution functions which the Japan subsidiary assumes.

In lieu of a fully-fledged subsidiary, the parent company can widely conduct business functions either itself or arrange them through third parties. The parent can assume various business risks such as the credit, the inventory, the warranty, the foreign exchange or other risks.

Distribution functions not conducted by the Japanese subsidiary but the parent or its service providers and business partners can include procurement, sales planning, marketing, inventory, warehousing, accounting, IT, etc.

As a result of assuming less functions and risk, the subsidiary will earn less income and hence pay less corporate income tax.

On the other hand, the initially mentioned representative office would not be subject to Japanese corporate tax at all. More importantly, its expenses will have to be borne by the overseas head office.

In contrast, a sales office established in the form of a branch will recognize all sales and expenses. Consequently profits, which are attributable to the branch activities, will be subject to Japanese corporate taxation. However, the determination of branch profits, i.e. the attribution for tax purposes, may be more complex and difficult to defend than the income of a legally independent subsidiary.

Analysis of business expenses and their tax deductibility

When running a branch or subsidiary in Japan or elsewhere in a foreign country, to some extent, it is in the hands of the management of the company where, whether and how to recognize certain business expenses. The recognition of expenses is basically depending on the facts, business model and corporate finance strategy pursued by the company’s management.

Under Japanese tax law, some expenses, such as interest, entertainment, management bonus and retirement accruals can either not be deducted or may only be deducted to the extent certain conditions will be met.

Bearing in mind such limited deductibility, it may be better to simply have the Japanese subsidiary not incur these cost and to apply an operating model under which the cost will be borne elsewhere.

As an example, the interest deduction on inter-company loans is fairly limited under Japanese tax rules. It may thus be advisable to provide equity to a Japanese subsidiary and to avoid group-internal debt financing.

This is by no means tax avoidance but a legitimate alternative actually intended and in the interest of the Japanese law maker – as now another jurisdiction may have to allow the deduction of interest expense. On the other side, the parent company jurisdiction will have to respect the funding of a subsidiary with equity rather than debt.

Where senior executives, whose Japanese performance bonuses would not be tax-deductible in Japan, are in parallel conducting marketing, sales or management services as executives of non-Japanese entities, their performance bonus could be picked up elsewhere.

This does not mean that the Japanese entity should not bear its fair share in such marketing, sales or management expenses. Rather than bearing them directly, and being denied to deduct direct charges for tax purposes, indirectly these costs may appropriately be considered in transfer prices charged for products and services delivered to and rendered for the benefit of the Japanese entity.

How to deal with tax losses

As mentioned, when starting or expanding a business in Japan, before breaking even, losses may pile up and possibly expire for tax purposes.

As a consequence, the Japanese entity would start to pay corporate income tax on not existent, deemed profits, as current year income is needed to offset and pay for prior year losses.

Under Japanese tax laws, tax losses can only be forwarded for nine to ten years. Also, of current year income, currently only 80%, and in the future only half, may be set-off against tax loss carry forwards. By this restriction, a minimum taxation shall be ensured.

What can be done to avoid the expiration of losses and the payment of tax on income which over the years has not been earned yet?

Simple measures to avoid this include the payment of marketing support by the parent company or, in the worst case, the forgiveness of the Japanese subsidiaries’ debt.

Strategically, by applying an agent or commission structure, a Japanese business will incur fewer expenses and earn a more stable income. It may thus avoid the recognition of losses.

In the two, three years before an expiration of losses approaches, the company can try to reduce the recognition of expenses for example by suspending depreciation, which is a bad business practice, gladly accepted by the tax authorities appreciating window dressing of profits by their tax payers.

Interest expenses can be avoided or significantly reduced by a debt-equity swap, i.e. a parent company capital increase and subsequent loan redemption from increased capital.

A corporation can also offset tax losses which might expire with income from disposing tangible assets, such as real estate, investments in other companies, profitable business units or intangibles, such as technology researched and developed, licenses, customer bases or marketing rights, etc.

Such tangible or intangible assets can either be transferred to third parties or in bona fide transactions also to group companies, provided that a true sale takes place. A mere sale and lease back will only result in a legal titles transfer, while economic ownership, which needs to be given up for tax purposes, will usually stay with a seller when leasing back his assets.

In one of my upcoming columns, we will discuss how R&D, sizeable increases in employee compensation, investments in making companies more efficient and relocations away from metropolitan areas can earn tax credits, which will reduce the tax bill of profitable taxpayers.