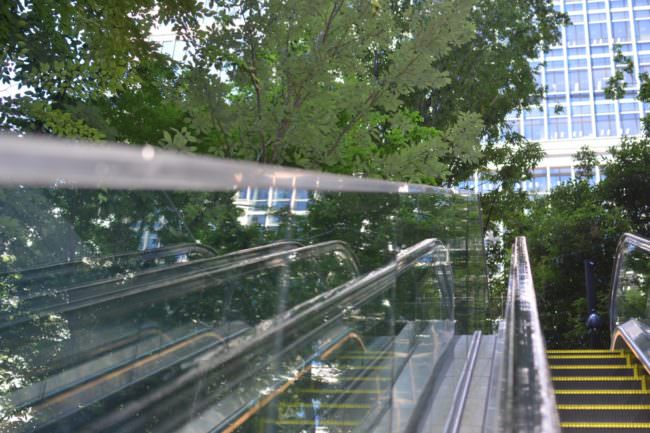 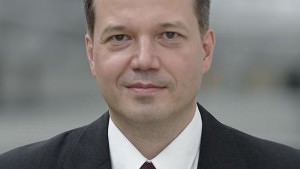 Japan is better prepared for the next industrial revolution than it seems at first sight. But the companies have to embrace change to stay in the race.

Do you know the Borg, the cyborgs from the science-fiction universe Star Trek, who assimilate civilization after civilization? For years the German industry warns its colleagues abroad, that the dawn of the Internet of Things and smart factories carries not only huge opportunities, but also big risks. And one is that internet giants like Google turn into real world equivalents of the evil from the movies.

Certainly, new technologies and interactive machines will allow new services and production methods like small lot production in a big style. The promise is that mass customization could help small companies to thrive, and old industrial countries to revive – through a return of production from emerging countries.

But the head of the Association of the German Machinery Industry (VDMA), Reinhold Festge, warned during a visit to Japan, that the manufacturers have to work together with software companies to set the standards that benefit them, not global internet giants. Otherwise they could become dependent of the giants like Google, “who would tell us how to build our machines”, said Festge. Or to borrow the famous greeting of the Borg in the Star Trek movies: „We are the Google. You will be assimilated. Resistance is futile.”

Smartphones are the prime example. With its mobile operating system Android Google downgraded even the South Korean high-tech giant Samsung Electronics to a producer of interchangeable hardware. The result: In the past few years, mega-competition from Chinese companies drove Samsung profits down, only Google continues to grow. And now the American company is trying the same in the car and robot industry, and who knows, later maybe with machines too. Worse, Google is only one player.

The fear that internet companies could dictate interface design, software or business models, or even turn into rivals, are not unknown to Japanese companies, too. Masami Yamamoto, the current chairman of Fujitsu, warned once that Amazon is the biggest threat in his new business strategy.

But it was the Germans who put these concerns and the development of counter measures into a catchy slogan that caught the interest of the Japanese manufacturers: Industry 4.0. The term describes the marriage of manufacturing engineering, logistics and even machines with network connectivity. Internet of Things, smart production are the keywords of the next industrial revolution.

The conceptual head start of the Germans gave Japanese companies the impression that they were behind in the race. Therefore, Germany moved into focus. Japanese media are reporting widely about the German project. Business delegations went and are visiting Germany to explore how German companies answer the questions of the future. And ambitious plans by other industrial rivals strengthen the feeling that the high-tech Japan of all countries is late to the party.

In the United States, the private sector drives the Industrial Internet Consortium (IIC). Whereas Germany’s Industry 4.0 resembles industrial policy and support for small and medium sized companies to make the transition to smart factories including supply chain coordination, embedded systems, automation and robots, the IIC reaches beyond manufacturing into the realm of energy, transportation, healthcare, utilities, smart cities and agriculture. It is more about big data, platforms and cloud computing, and it is open.

China raced this year ahead with two programs: “Internet plus” by the State Council seems to upgrade manufacturing and electronic retail trade with the power of the modern internet. The Ministry of Industry and Information launched “Made in China 2025” that focusses on bringing manufacturing up to global top speed.

Although the initiatives are young, the German Fraunhofer-Institute for Industrial Engineering (Fraunhofer IAO) warns that China is already on track: “China has been working hard on the technologies that underpin the fourth industrial revolution for years now”, so the judgment. “Since 2013, Chinese inventors have filed over 2,500 patents in this field, putting China way ahead of the United States (1,065 patents) and Germany (441).” Even if you discount for the lower quality of patents in China, the numbers stay impressive.

Maybe worse for the Japanese ego: Even South Korea came up with a program to help technologically rather weak SMEs to transform their work shops into smart factories. Furthermore, its “Manufacturing 3.0” has some hard numerical targets attached. If the vision of the government runs its course, around 10,000 SMEs will have made the switch to small, but smart, global high-tech manufacturers by 2020.

And Japan? It took the country until June to start its own forum – the Industrial Value Chain Initiative. It was initiated to “counter Germany’s Industry 4.0”, wrote the Japanese business daily Nikkei at that time. About 30 companies will discuss about common communications standards for linking factories and facilities. “We aim to establish a structure that will connect even small and mid-sized companies via the Internet beyond affiliates and across sectors,” said Yasuyuki Nishioka, a professor of information and industrial engineering at Tokyo’s Hosei University, who is the driving force behind the initiative.

The irony is that the more the Japanese travel to Germany, the more they discover that they are not behind – often even ahead in the game. Connected machines and transport robots have been present on the shop floor of companies like Toyota long before the Germans invented the term “Industry 4.0”. Remote controlled bull-dozers of Komatsu are even featured in books for kindergarten kids.

Also government support was not missing. For more than a decade, ministries are promoting IT-projects in the industry, and since Prime Minister Shinzo Abe took power even a “robotic revolution”. Only an overarching, cross-company approach and a focus on the development of common standards were lacking – and of course lavish funding for retooling that South Korea and China are so famous for. But it is not too late for Japan. In fact, the conditions for success are better than in most countries.

Japan is not only strong in information and communication technology, manufacturing processes, automotive and machinery industries, automatization and robot technologies, electronic parts and end products. In addition, Japan has companies like Fujitsu or Hitachi that play a role in Big Data and the solutions business for the brave new world – from agriculture to manufacturing and services.

This gives the country at least a fighting chance, especially if Japan Inc. succeeds to combine the American platform approach with the German manufacturing thrust. However, the questions remains whether Japan and especially its companies will be able to change fast enough to stay in the race.

The challenge is that not only manufacturing technologies will change, but the whole business environment. Suddenly values and strengths are decisive that Japanese companies are short off, because their operating system is based on the virtues of mechatronics and the second and third industrial revolution. The in-house innovation of the past has to make room for open innovation. Japanese leadership-style has to be globalized. Decisions have to be made faster than companies are used to and much closer to the ground, because even the comparatively slow metabolism of the manufacturing industries will speed up in the new interconnected world.

In addition, enterprises have to be ready to radically rethink their business model, especially their sales system, because the internet with companies like the aggressively globalizing Chinese online-trading hub Alibaba is starting to disrupt one industry after the other. The good news: For the first time in history, manufacturing is playing catch up with technologies that are already available to consumers for years. To foresee what will hit them, companies only have to look at what is going on today in the electronics and media industry, the mobile internet as well as video games. Mega-competition everywhere, it does not look pretty, especially if you like to cling to the status quo.

At least, the Japanese government and many companies have recognized the need for change. More and more companies are opening their offices for foreigners – even the one’s on the executive floor. Pioneers are setting money aside to buy innovative companies. Even smaller companies begin to understand that Japan is not big enough anymore, and that they have to look abroad more and more.

Nobody should take Japan lightly in the next industrial revolution.