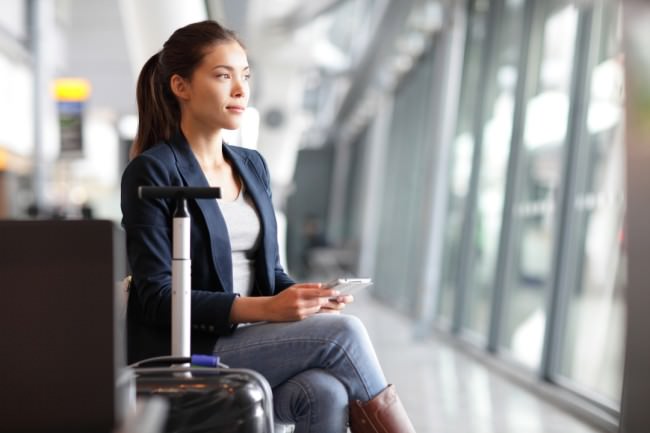 Japan is a nation at war. But there are no signs of DPRK missiles flying overhead. It’s a different, more insidious kind of war called the Global War for Talent, and it begins on the university campus.

QS, a publisher of university rankings, has just placed Tokyo third in its 2016 list of the world’s best student cities, up from 14th two years ago. The reason? It’s mostly down to “employer activity,” the feeding frenzy for graduate talent, for which QS now ranks Tokyo first in the world. A bilingual or especially trilingual (Japanese-English-Chinese) graduate of a Japanese university can hardly fail to get hired, as long as he or she is willing to endure the hiring process I described in a previous article.

Even agency recruitment extends right down to the new graduate level in Japan. MyNavi specializes in guiding students through the entire employer selection process. Disco was the first agency to offer recruitment services for Japanese bilinguals, most famously with its Career Forum event which began in Boston and has since spread to seven cities worldwide.

Although a Career Forum also takes place in Tokyo, it’s not uncommon for Japanese who have recently studied abroad to catch the 13-hour flight to Boston, where the perception is that Japanese firms are more likely to extend job offers. Japanese students nearing graduation at U.S. universities are the ultimate prize.

Japanese students overseas are not the only ones targeted, however. Firms such as Panasonic, Brother and Sumitomo are casting the net wider, even trawling neighboring Asian countries for local graduates who have never studied in Japan. It’s all part of a general acceptance that there just aren’t enough high-level graduates back home to replenish Japan’s ageing workforce. With educational standards at Japanese universities on an historical 20-year slide, the conveyer belt of talent is at risk of grinding to a halt.

The response from Japanese universities

The days have long gone when reputable universities in Japan were massively oversubscribed and could make eye-watering profits from entrance fees alone. Demographic change has already begun to hit the sector hard, and universities are recently more responsive to calls from government, industry, and students themselves for more relevant courses with an international dimension.

Beginning in April this year, for example, Tokyo Institute of Technology (ranked 56th in the world and 15th in Asia by QS) will introduce liberal arts courses for all its engineering students in an effort to turn out a more well-rounded, employer-friendly graduate. Private institutions such as Kinki University (to be renamed Kindai University this year) are increasingly making a play for the global student market, which can only benefit Japanese students at home.

Before sounding the trumpets to herald a new era in Japanese higher education, it’s worth recalling that the history of the sector is peppered with false dawns. In the 1990s, for example, there were almost 40 branch campuses of U.S. colleges on Japanese soil, giving high-school leavers the chance to avail themselves of an American-style liberal arts education, should they desire one. Most didn’t. The bubble burst, and only Temple University is still in business today.

One constant has been the role of study abroad as the preferred solution to the woes of bilingual talent in Japan, not least during the current Abe administration. In theory, study abroad works by allowing Japanese students to top up their education with a year abroad or graduate degree, resulting in a kind of system upgrade to the English-speaking, “international” model of employee so coveted by Japanese employers.

There’s just one problem. Once Japanese have the opportunity to live independently overseas, they rarely look forward to returning to Japan and working for a Japanese company with all its seniority-based practices and groupthink. One of the most common questions from Japanese expats considering a career move back home is, “Is the CEO a foreigner or Japanese?”

Broken at both ends?

It is tempting to say that this particular conveyor belt of talent is broken at both ends. Not only is there a shortage of raw material in the form of multilingual graduates willing to carry the flag for corporate Japan overseas, Japan is also battling a mid-career talent drain to regional rivals like Singapore, as well as to foreign corporations in Japan that are more progressive in how they manage skilled – especially female – employees and where salaries are more likely to be performance-based.

By contrast, Japanese corporate culture has endured a rough ride in the media over the last two decades. Do a quick search online and you’ll find reports of stress, overtime, bullying, gender discrimination, “black kigyō,” more overtime, and death from overwork. Yet other countries have their problems too, which suggests that Japan’s is also a failure of public relations.

Take the example of Kyocera, Kyoto-based manufacturer and one of Japan’s most respected employers. The Kyocera narrative is the quintessential Japanese corporate one: we are one big family, bound together for the long haul, doing only good for our customers, our activities distributed prudently across several industries, our ship steered by benevolent if unremarkable elders.

The “one big family” appeal plays well at home but is next to useless in the war for global talent. Non-Japanese graduates (and internationalized Japanese) tend to want more than stability and familial bonds from a job. They want a sense of individual purpose and the chance to master industry-standard tools. They want a job title that establishes their expertise, which they will, crucially, sell to a higher bidder at a later date. Their loyalties will be to the ongoing maintenance of their skillset rather than the needs of a corporate family.

Japanese firms are slowly realizing the need to get creative in their messaging strategy and banish stereotypes of the “kaisha” in order to attract more global talent. Nissan, with its Global Media Center, is a rare example of a domestic enterprise that understands the need to continually tell stories about its brand and customers, rather than coast on reputation alone.

Meanwhile, foreign companies doing business in Japan can continue to flex the twin appeals of work-life balance and career advancement in order to hoover up some of the best local talent. If that can be matched with similar guarantees of stable employment, Japan may find that the war for global talent has moved uncomfortably close to home.

Japan Tax Reform 2016
What Is the Shelf Life of Indirect Sourcing Managers?