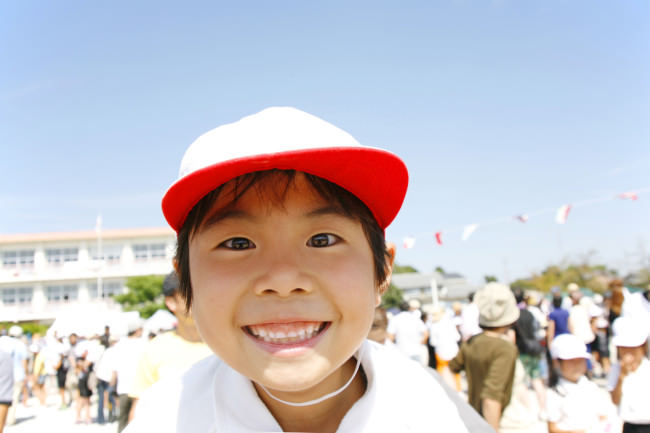 Education in Japan is not exactly showered with praise by foreign media. There are regular reports of falling academic standards, poor foreign language skills or universities that fail to rise to the global challenge. Yet education is one of Japan’s great success stories, resulting in a competitive, merit-based society with high literacy and technological achievement.

The widely-cited OECD statistic that Japan spends far less on education as a percentage of GDP than rival countries is a pure red herring that can be easily attributed to Japan’s huge economy and aging population. In fact, expenditure per student in Japan tracks well above the OECD average.

Most state funding is directed at primary education, which is partly a result of the enormous challenge involved in mastering the Japanese language, a task that has sometimes shifted attention away from other subjects such as English.

Meanwhile, the private sector steps in to provide the bulk of upper secondary and tertiary education—597 of Japan’s 778 universities are privately managed. Unlike in some other countries, it is national universities like The University of Tokyo that dominate the rankings and accept the best students. As for private universities, the scope is broader. Excellent universities with high academic standards like Keio University coexist with those that more or less resemble finishing schools, requiring students to do very little to graduate.

An abundance of schools and the involvement of the private sector have made it difficult for Japan to manage its higher education policy, with each university largely free to set its own entry criteria and syllabus. Japanese employers have been demanding that government intervene to address the shortage of graduates skilled in, for example, foreign languages and critical thinking.

The upshot for foreign companies operating in Japan is that, despite a good level of education among the general population, there is an alarmingly small talent pool of Japanese workers capable of doing business in an international setting, and those within that group tend to command high wages. Foreign companies are thus forced to bear the cost of Japan’s struggling higher education policy for now.

What Foreign Firms Should Know

Not many foreign firms have the resources to hire and train new graduates, the exceptions being a few large professional service firms that are well established in Tokyo. Instead, most recruitment happens mid-career as the preferred type of employee is usually a bilingual self-starter.

Also, because most foreign firms approach Japan as a lucrative market rather than an R&D or manufacturing base, impactful collaboration with local universities is not often on the agenda.

In both cases there would seem to be little need for foreign managers to concern themselves with the Japanese education system, except perhaps when it comes to the thorny question of schooling for their own kids. Yet there are several gains to be made by understanding how education works, particularly when it comes to managing human resources.

First, understanding the typical needs and wants of Japanese graduates—even those that have been in the workforce for several years—helps firms design better training programs and allows them to “hire younger,” resulting in significant savings in a country where graduate salaries are pegged to a low base. Firms that are successful at developing their Japanese employees can also expect to reap the benefits of greater productivity and lower turnover. On the other hand, replacing an English-speaking hire can be an extremely costly business in Japan.

Second, even when hiring mid-career, a Japanese candidate’s educational background can be difficult to interpret and may result in a good candidate being rejected (or worse, an incompetent person being hired) based on a misreading of their school or degree subject. Understanding the system of national and private universities—and how the four years at university are typically spent—is a critical skill for any foreign hiring manager.

Finally, Japan’s national universities do some groundbreaking research in chemical, material, and biological sciences, but this research is difficult to access for foreign entities which may lack the long-term orientation found in Japanese corporations. Outsiders seeking to build new bridges into the sector should understand the changing landscape of Japanese higher education in order to identify any possible opportunities.

Small firms operating in Japan can usually get by with a few local employees sourced from a talent pool of mid-career bilinguals concentrated in Tokyo. However, due to the undersupply and high cost of these employees, firms seeking to scale their business nationwide will eventually need a strategy to attract and develop graduate talent. This means that foreign firms beyond a certain size cannot help but take an interest in the Japanese education system.

In my future columns for Japan Industry News, I will explain what to look for in local graduates, how the higher education landscape is changing, and what the relationship is between Japan’s universities and its industry in areas such as research and internships.

Read About Us in Japan Markt
Electric Cars: The Role of Standards in Japan and Abroad